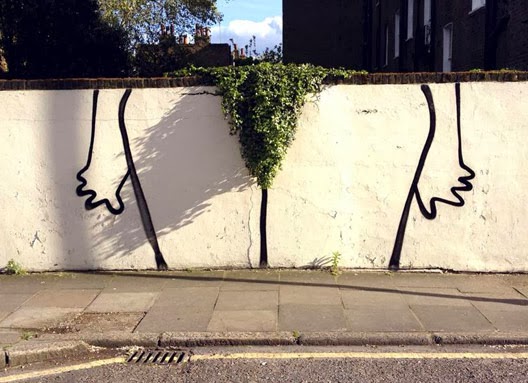 I’m a dark-haired Jewess. You know that opening scene in Carrie, where all the girls are hosing down their retro pudenda in the shower? If I wanted to, I could totally grow my bush out like that. In fact, it would save me the stultifying time and effort given over to my “Routine.” Rest assured, I don’t take it all off and I’m way too much of a pain wimp to wax, but I do preen. I don’t do so out of shame. Far from it. I do it out of respect and consideration for the women who are prepared to give me head. Let’s not kid ourselves. A mouthful of fur is a bummer.

Have you ever seen a heavily bearded man down a pint of milk? The dripping, matted mess of fuzz that’s left before he wipes his mouth – that’s not something you want to put your tongue anywhere near, right? And getting a pube stuck in your throat is exactly as disastrous as Larry David makes it out to be in that episode of Curb. Actually, that very thing happened to me the first time I ever went down on a girl and I thought it was the end of my career as a lesbian.

Being faced with a giant bush is a similar level of daunting to being shown a “doer-upper” by Kirstie and Phil.

“Oh, blimey,” you say, running your fingers through your hair and looking at a 70s, avocado coloured bathroom, with a rusty shopping trolley parked in the middle of it for some reason.

“I know what you’re thinking,” says Phil, “But trust me, this place has some real potential.”

Three months later, you’re curled in a foetal position, covered in paint, clutching a wallpaper stripper and praying for death.

Kirstie and Phil aside, a bit of pubic preening makes it a lot easier for a cunnilinguist to see what they’re doing – which ultimately means more pleasure for the receiver. If there’s a lot of panicked thrashing about down there, have you considered that he or she may be lost? It’s the difference between traversing a Brothers Grimm-style forest (sorry, did it again) and taking a gentle stroll through a National Trust maintained garden.

Granted, women should never be told what their fannies ought to look like. Anything from a trim to a Brazilian shouldn’t render your privates some kind of patriarchal sock puppet. The same applies to all body hair. If you want to shave the whole lot off, apart from a single armpit hair that you dye purple and name Sally – then, whatever, man. Trends are fickle. Today, Cameron Diaz is instructing us to have loads of pubes. Maybe next year, Taylor Swift will demand that we shave it all off and wear merkins made of.

All I can do is politely suggest that if you expect head, you should at least have some empathy for the giver.

10 thoughts on “On Bush Tucking: Sometimes, Muff Maintenance is Essential”