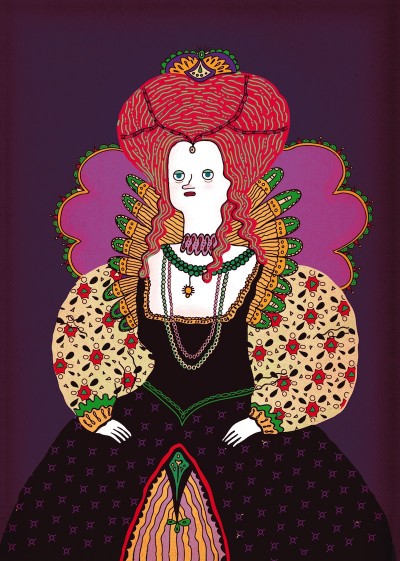 Here, author Jade Coles tells us about it:

Why write a book about Rebels, Warriors, Queens and those ancient women who’d do anything to succeed? Why the hell not? Quite simply, there aren’t enough of them around.

My upcoming book ‘Sister Like You’ features illustrations and profiles of some of the most badass historical women in history, including Queen Elizabeth 1, Catherine the Great, and Queen Njinga Mbande (sneak preview below).

These women lied, they leaned towards cannibalism, and yes, they murdered quite a few people. But, hey, those were the times.

I consider myself lucky to have had fierce female role models throughout my early years, but when you look to history you hardly get any strong female characters. I’ve always enjoyed drawing the parallels between ‘what was’ and our modern life. It’s scary how little has changed – we’re still confronted with only a slim number of dominant female characters who have to perpetually battle against the belittling, brutal attitude of an entitled patriarchy. Go figure.

Being a founder member of all female choir Gaggle, you could say i’ve been engaged with women stuffs for a long time now. The chance to look into women’s issues of the past, to work alongside so many great female illustrators and to put together an accessible book which will hopefully inspire people has been incredible. 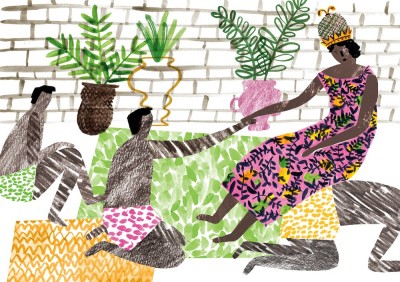 “Queen Njinga Mbande was a natural born killer who was said to have been conceived on the battlefield. When she ruled, she had armies the size of small countries at her command. With her always was a crew of 60 men, this not including her 4 personal body guards. Before she went into battle, she was known to eat the blood of slaves and once she’d won she would shower in her conquered enemies remains. So to be fair she was a pretty brutal woman.

A big issue for Njinga was the Portuguese. She has been fighting them for as long as she could remember. Portugal wanted the spoils of Njinga’s lands and to take the Mbundu people in as slaves. You could say Queen Njinga Mbande wasn’t down with that…”