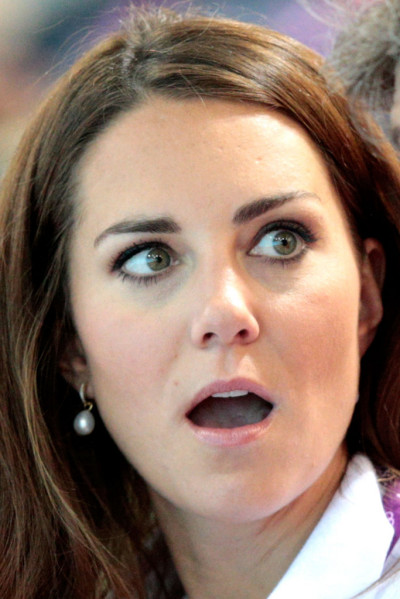 Did you read Victoria Lambert’s piece in the Telegraph last week, entitled: ‘Why Everyone Wants a Malborough Missus’? It’s a doozy, I tell you.

In it, Lambert delves into this ‘school for wives’ and looks at how girls who went to public school Marlborough College are keeping the beds of the most powerful players warm. If you did read it, I bet your bottom dollar that I can guess what you were thinking.

‘Oh! To be a Marlborough girl!’ you sighed. ‘What bliss! After a few years of flirting with boys around the back of the bike shed, Marlborough girl goes forth in the world with a smattering of A-Levels and a few more notches on her bedpost to bag herself a rich, powerful man.’  That kind of thing.

It’s certainly not how I responded to the piece, as an ex- Marlborough girl myself.  I hope you don’t think me biased when I say that Lambert’s article left considerably more than a bitter aftertaste. Before spitting vitriol, however, I want to make clear that I am not unaware of the fact that writing an article about public schools as somebody who went to one does not make me the most approachable character. I cannot deny this, and I cannot disassociate myself from my context. While I am not ungrateful for the education I received, I am also not proud of my being a cog in a pretty weird system either. I admit that maybe I should have stood up to my parents when they made this decision, but actually when I was twelve I was more concerned with having temple tits. Sorry.

While class is undoubtedly related to what I’m talking about here, so is gender stereotyping, which just goes to show it can effect all women, no matter what their background, albeit in very different ways.

At this point, a little context is needed re: Victoria Lambert’s article. The general thrust of her piece was that an extraordinary number of women who went to Marlborough were now married to men in positions of considerable influence. So far, so true, and I curtsey low to Lambert’s acute powers of perception. Alumni of the school do indeed include the wives of the future king, the current Prime Minister, David Cameron, and movie mogul Harvey Weinstein. Aren’t we a clever bunch!

What grated was not the suggestion that Marlborough girls are good at getting people into bed. Indeed, many of my school friends are certainly proud of their pulling power. What left myself and my peers indignant was the idea that a girl’s education could be the equivalent of a modern-day dowry, serving only to prepare her for her future role as ‘alpha consort’ (and if that isn’t a bile-raising term, then why not try ‘pillow talker to the great and the good’ on for size, ladies?)

It suggested this as unquestionable fact, quantified by the examples of Samantha Cameron, Sally Bercow and Diana Fox, amongst others. Furthermore, it seemed to propose that once a woman had “managed” to ensnare her man (as though not to do so was tantamount to failure), that a box had quite simply been ticked, and that any career beyond playing second fiddle to these sexy, powerful men-beast was just, you know, a thing on the side.

Oh, Sorry. Did I forget to mention that both Samantha Cameron and Georgina Chapman are also both highly successful businesswomen? That Kate Middleton’s existence, despite what the papers and the rigid role she is compelled to fulfil may imply, extends beyond just doing princess-y things like trying on crowns?

Because Lambert certainly forgot. She was too busy wondering if the school curriculum features ‘husband-hunting’ and ‘salon-hosting’, instead of Maths and English. This seemingly calculated ignorance of the careers of the women she chose as examples was without doubt the most depressing thing about her piece.

There were other things too. For one, the utterly contemptible comment made by Jonathan Leigh, Marlborough’s headmaster, saying how ‘quietly proud’ he was of having produced such thoroughbred fillies. When I read that, I almost had to readjust my crinoline, so hysterical was I! And then I remembered that we don’t live in 1820.

Had he married someone who went to Marlborough, Leigh would perhaps realise that, amazingly enough, husband-hunting is not on most fifteen year old girls’ minds. Boys? Yes. Toast? Always. Husbands? What?!

Lambert isn’t the only one to blame in this battle, and in fact, I believe she was actually no more than a pawn in a big old bloody game of gender politics. The very fact that this article was written and then published is reflective of a huge, huge problem. It suggests a society that legitimises patent gender stereotyping and the troubling and regressive form its expression takes. That this article made out that these women, who despite being lucky enough to benefit from a high standard of education, were sleeping their way to the top is bad enough. What is worse is that this “top” is, apparently, the top of a pile of women who are viewed collectively as consorts and pillow talkers and evidently  little more.

7 thoughts on “The Merry Wives of Wiltshire: I Went to Kate Middleton’s School and Guess What? Keeping a Powerful Man’s Bed Warm Was Not on the Curriculum”