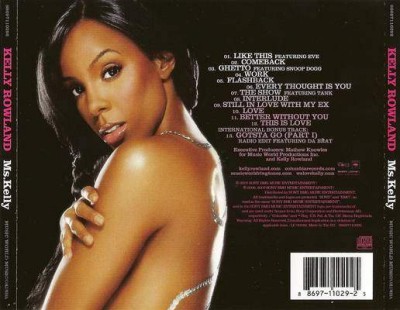 Word up. I am a woman. I am not white. So, welcome to some deliberations, courtesy of myself, a non-white woman.

Before we begin: I understand that the definer “of colour” is a semantic choice for a lot of people, many of whom employ it to describe themselves. I don’t use the terms “coloured” or “people of colour” because as far as I am concerned, “coloured” is a completely artificial distinction when it comes to skin tone. Sorry to sound like a hemp-toting hippie, but: we’re all people of colour. White is as much of a colour as black, yellow, brown or blue (don’t be snide, Papa Smurf or one of those gangly things from Avatar could well be ardent feminists reading this too). I believe that to say “I’m coloured” amounts to as much as saying “I’m tangible” or “I’m alive”. Incidentally, I am also both of those, though I try not to go hollering about it all the time. I personally prefer to use “non-white” or “non-Caucasian” as umbrella terms for addressing, well, people who aren’t white. This is not to imply whiteness is some kind of default status, ’cause to deem any race the “norm” is just absurd, don’tcha think? It’s simply to address the very ethnically diverse group of people I’m discussing. “Coloured” or “of colour” may work for you; it just isn’t my cup of Tetley. Now, let us continue. Are you sitting comfortably?

But it’s not just them. Even as a teensy weensy child, I would look around me and see that when it came to women, “beauty” was revered forever ever after. Brave warriors seldom fought dragons over the wisest woman, or the strongest woman, or the woman who could strawpedo a bottle of Sainsbury’s Pinot the fastest. No no, their swords thrusted up and out only for the beautiful woman (no laughing at the back.) Pretty princesses were always the most valued in the land.

But not just pretty. Fair. Fairest of them all, like Snow White, or boasting a pale near-translucency like Tolkien’s ethereal elves. Often with flowing golden locks, à la Rapunzel.

OH HEY, none of those women exist. It’s almost as though their alleged beauty is literally impossible. Wuuut?! And that is true for all of us poor fleshy mortal women, white or black or blue. But this awe of lighter skin has seeped from these mystical realms into real life, from traditional tales into a world more multicultural than that of Hans Christian Andersen or Die Brüder Grimm. Millions of non-Caucasians inhabit these lovely UK streets, and according to the 2011 census we comprise more than 40% of our capital city’s population. So seriously, guys, you really ought to be used to it by now. Right?

Nay, nada, not so much. We still see lightened photos of Gabourey Sidibe. We still see Mindy Kaling Photoshopped to within an inch of her life, edited to appear almost glow-in-the-dark under an arbitrary black and white veneer. For some reason, both these examples are courtesy of Elle – but don’t worry, Elle! Your “WTF dark skin totes confuses us” club has several other members – so say hi to L’Oreal (who lightened Beyoncé), Vanity Fair (palin’ up Freida Pinto and Lupita Nyong’o) and, um, Kelly Rowland, who in 2011 appeared considerably lighter than normal on her own CD cover.

But this is the inevitable effect of media white-washing. Even Kelly Rowland is made to feel inadequate, flawed, marred – and she is a CHILD OF DESTINY, for crying out loud. In a candid interview last year, Rowland admitted to despising her own dark skin for a time, and detailed her concerted efforts to stay lighter.

Yet again, we observe the media’s carefully constructed ideals bleeding into public consciousness, spurring women to alter themselves: your waist’s not thin enough, your legs aren’t tall enough, your tits aren’t big enough, your cheekbones aren’t chiselled enough, your hair isn’t swooshy enough, your fingernails aren’t shiny enough. Your skin’s not white enough. When being “fair” is held up in Western discourse as the ultimate epithet of female beauty, it is not hard to discern why skin bleaching is an ever-growing trend in China, India and South Korea, to name but a few. Against our biology, against our cultures, against our own senses of aesthetic and self-worth, the Western media told us time and time again to become fair. Beaten, many of us now strive to be fair. Ironically, the whole thing is hideously unfair.

Here I am running around Tottenham Court Road trying to find that all-elusive champion, that holy grail: skin-coloured tights that are actually my skin colour. Throughout my courageous endeavour, magazine covers and giant billboards of pale models abound. Constant reminders: I will never be Monday’s Child, Fair of Face. And, in all honestly, it used to make me quite sad. I felt extremely conspicuous, like a drunkard’s vomit splatter ruining the otherwise pure snow (ah, Christmas time in Britain). My university was not the best at reflecting and representing racial minorities, and I became jealous of my Caucasian friends: they were the gorgeous ones, the standard to be upheld, the front of all the magazines, while in my head I was the embodiment of a blemish, preferably forgotten. Through my self-conscious haze, they seemed almost iridescent.

But then I gained some perspective. By that, I mean I whined to my mother, who bit back a derisive snort, raised an eyebrow and knocked some sense into me. She suggested I step back a bit and take a wider look.

So I looked. I saw my white friends eager to lie in the sun, donning fake tan and envying my “exotic” look (someone did once say this to me. Admittedly, they were less a friend, more some random drunk lady in a bar. Lovely, actually, bought me a shot… Possibly not properly versed in political correctness…) To them, the sheer abundance of white-washing renders the Caucasian tone “too common”. Seems none of us can win, eh? We are no strangers to this environment: no matter who you are, The Almighty Media sayeth, you are not good enough.

So I’m not sad anymore. Now I’m pissed off.

Women’s mags unnecessarily ascribe worth to a woman’s physicality, from weight to height to hair length. The preferential treatment towards lighter skin is yet another menacing component of the glossy media realm – menacing because it entrenches distinctions between women of different cultures, segmenting groups based on how much their members’ skin colour matches the “fair” ideal, and implying that those who don’t are unworthy. We strive to live in an equal society, where we know a wide range of different skin tones as the norm, and perceive beauty in all shades. Thankfully, many areas of the mediasphere have embraced this, and it was very refreshing to see Lupita Nyong’o lauded by People recently as their “Most Beautiful”. Progress has been made, however small.

As for whether awarding accolades for beauty is morally sound… we’ll save it for another day. It’s almost my bedtime. But what’s important to take from this is a natural proclivity to understand that beauty lies in aspects far beyond skin tone. I can only hope that more people follow this course of thinking, if they haven’t already. We live in a multicultural society. It’s the UK. 2k14. You need only a quick wander about Leicester Square to see people of all different skin tones. Ya rly!

But besides that, there is so much inherently wrong with championing “fair”, glowing, pure white skin which no human on earth could feasibly attain without a nuclear reactor to hand. The fetishisation of “fair” must stop, for all of our sakes.

To that end, after aeons of futile searching, I’ve decided I just won’t wear tights this summer. Because, y’know what? I like the actual colour of my legs.

12 thoughts on “Monday’s Child is Fair of Face: How Women’s Magazines Told Me That Only White Women Were Beautiful”