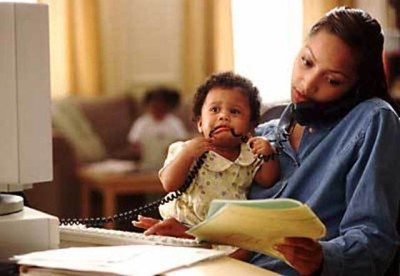 It’s been a while since I sat down a read a good fairytale. It’s my own fault, really, what with working and the fact that the last book I read my niece involved a bear eating a rabbit in a fit of rage (the rabbit stole his hat, you see, so the moral of the story is if you steal things, someone will eat you).

Anyway, yes, fairytales; it’s been ages, so I was delighted to see one in the Daily Mail this week. It’s pretty special. I am hoping it will become a series, a sort of Grimm’s Fairy Tales for the foolish, but we’ll have to wait and see.

In a land called “terrible modern day Britain”, Helena is being raised by a feminist single mother, who encourages her to believe that she can work, and do whatever job she wants. She tells Helena to have ambition! Helena works hard and one day gets a job at a shiny castle (a women’s magazine, but same-same). She then meets a handsome prince and has two mini-humans with him. Then one day, handsome prince declares: “I earn enough money for you not to work!” and Helena realises she hates her job, and quits to becomes a stay-at-home parent.

Helena wishes all the women could be like her – in fact, she suspects they are secretly jealous of her job-free existence. Plus her friend Sarah says you can always spot the children whose mothers (not fathers, just mothers) work, because they are miserable little buggers “wound up like coiled springs”. This is true, Helena ponders, because now that she is a stay-at-home parent, her kids never argue anymore, having morphed into wonderful beings of pure sunlight. The handsome prince is happier too, because he gets more of her time. In fact, she now has the energy to tutor her children, who get into the best private schools in the land. Huzzah! Flags are erected, a marching band starts up, crowds line the streets, her mate Sarah smiles and nods because she has all the parenting facts. Others follow suit – why indeed would women choose to parent in different ways, when their children will be miserable unless they stay at home? Women wave their arms in the air, burn their computers and raise their children to the sky, like the beginning of the Lion King. A drunken man hums Circle of Life. Everything is as it should be.

But it isn’t enough, Helena thinks, looking around at the wonderful scene. Others should parent like me, but where can I find a power big enough to spread this exciting news? Enter the Daily Mail in the form of a scary wizard, offering a shiny golden apple.

“I shall spread the word,” DM tells Helena. “For it is part of my role in this story – I want a world where women stay at home to look after their children, are made to feel guilty if they don’t breastfeed, are celebrated for regaining their pre-pregnancy figure in two weeks, and always flash just a hint of sideboob. Who’s with me?”

The crowd hoists DM onto their shoulders, for they have heard of the power of the mythical sidebar of shame. Helena retells her story – which, in fairness, probably started out as a reasonable opinion piece on the choice to stay at home – to DM, who turns it into click-bait fodder for the unsuspecting villagers, then returns to taunting people on benefits.

Disclaimer: I have no opinion, positive or otherwise, on how you raise your children. Stay home, work, raise them in a commune – whatever floats your boat. But probably avoid telling people their way of parenting is shit compared to yours.

9 thoughts on “The Fairytale of the Stay-at-Home Mum”