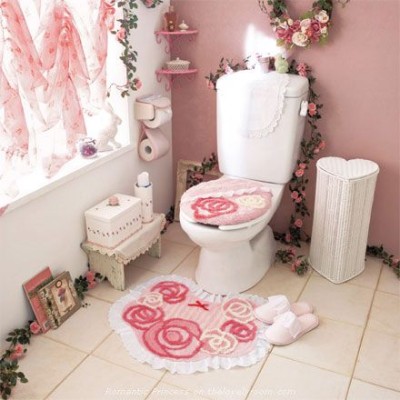 It started with poo stains. Yes, poo stains. In the communal toilets of my office. And it escalated into a feminist nightmare, an overgrown petri dish of patriarchy vs. matriarchy madness that lasted for days.

On Monday morning, a sign appeared on the door leading to our toilet corridor. ‘Toilet etiquette has been slipping’, it said. ‘Can people please remember to use the toilet brush after use.’

It was a fair point. I’d had to wield the loo brush a few times myself on behalf of less considerate colleagues and, just before Christmas, I’d had to take my managerial role to new levels after someone become hysterical over a particularly dirty protest. Nothing gets you in the festive mood more than grimly scrubbing away at the leavings of another, I have to say.

However, I’ve never been a fan of the homemade workplace sign, mainly because they usually involve clipart, but also because they always fire up a storm of office bitterness and consternation.

This one was no different. Not only was there a cartoon picture of a toilet brush, but within ten minutes it was being frantically whispered about in quiet corners.

It’s a small office, there are just twelve of us – nine girls and three boys. I’m no boffin, but probability states that there’s a fair chance our phantom poo-leaver is a woman (more women = more poos of female origin). However, later that morning, another sign appeared – a ‘women only’ sign on two of the four toilets.

Now ladies, you may have your own opinion on whether men are statistically more likely to leave poo marks in the bog than women.  If you’re inclined to do the maths, please feel free to do so and send me your working, but for the purposes of this article, I’m giving the guys in our office the benefit of the doubt.

The ‘women only’ sign in the bogs got the blokes rattled. They were pissed off and I could see their point: nobody wants to be falsely accused of a poo-and-run.

But let’s set the guys’ feelings aside for a second, because what you really need to hear about is what happened once the toilet became a vagina-only zone.

Nature called and I went to answer. I saw the sign on the door, but nothing could prepare me for what I was about to encounter in what I’ve come to think of as ‘The Cubicle of Shame’.

There was a calendar hanging by the mirror, featuring half-naked firemen and the head of Mr April had been cut out and replaced by a photo of a male colleague – that’s a whole other article about the female objectification of men right there – but that wasn’t all, oh no.

There was a cuddly toy. A CUDDLY TOY – like at the end of the Generation Game, except small enough to sit on top of a paper towel holder.

What woman wants to extract their tampon while being stared out by the grinning face of a middle-aged man you don’t know that well and a grubby yellow rabbit? You may call this anthropomorphic whimsy, but that was not a happy bunny.

There was a new hand cream too, but I’m going to let that go.

Who was responsible for this? It was, it turned out, a perfectly lovely female colleague in her late 30s. You’d actually struggle to find a nicer person and I have no idea what possessed her to perpetrate such an atrocious attack on the sisterhood.

It actually makes me a little depressed that while one woman is starting the Everyday Sexism project, another is spraying a toilet with metaphorical shit, thus reinforcing the stereotypes everyone else is trying so hard to stamp out.

If we label blokes as dirty poopers who leave their droppings around willy-nilly, while decorating every ‘female’ space with inane girly accessories, then we open ourselves up to men painting us all with the same pink-wearing, kitten-stroking (toilet) brush.

When I brought this up (very nicely) with the lady in question she told me it was ‘just a bit of office banter’ and I wanted to chew my arm off.

‘A bit of banter’ has been the excuse of insalubrious males in offices up and down the land for decades. Groping, offensive jokes and wholly inappropriate conversations that have made women’s lives a misery for decades have all been stuffed under the ‘banter’ fig leaf.

What’s good for the goose is good for the gander you might say. Except it’s not going to get us anywhere. I know it’s tempting as unwilling residents of a patriarchal society to think ‘FU GUYS, JUST DEAL WITH IT, WE HAVE TO!’ but strategically it’s a no hoper and a sure-fire way for feminists to be sidelined as sour-faced bitches who just need to get laid. Also, I like the blokes in my team and I don’t want them to feel uncomfortable. Everyone should have the right to poo in peace – a future manifesto pledge if ever there was one.

Debate within the feminist movement about what we should/shouldn’t be doing rages on, but I think that those of us lucky enough to feel part of it need to have a look around and bring other women with us. It’s not about never having a laugh in the office, or even our attitude towards cuddly toys – that’s a personal choice we all have the make. It’s about keeping our noses clean enough in public so that people can’t throw shit at us.

Only when we have all women on board the F-bus will we be be able to drop our knickers safe in the knowledge the only crap we’ll find in our toilets is the kind that’s supposed to be there.

And quite frankly, I could definitely deal with a few more poo-stains in my life if it meant I never had to wee eye-to-eye with a disgruntled looking bunny again.

11 thoughts on “The Toilet Brush Incident: How an Office Disagreement over the Loos Turned into a Gender War”