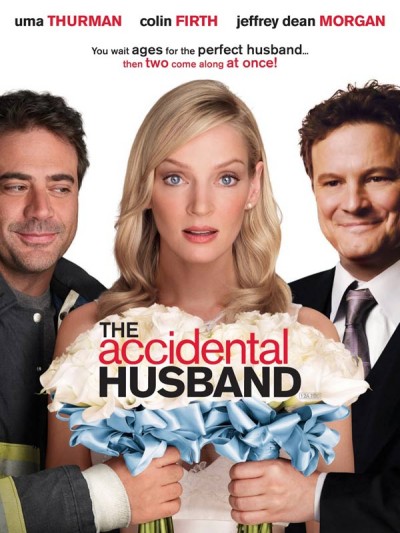 Last week a male colleague lent me four DVDs. “They’re not exactly to my taste – they’re my sister’s – but I really think you’ll enjoy them,” he said. “Being a woman.”

Well, then. “A woman”. This guy’s got me down a tee. I wish IMDb knew me quite so well. A WOMAN. Dude, just chuck away your business degree, forget market research – you have a fine career awaiting you in clairvoyance. Signed, A Woman.

But I digress. Here they are, “Four movies for A Woman” (otherwise known as “Four of the worst things humankind has ever produced”, “Four ways to lose all will to live”, “Four reasons to spend the rest of your life cry-singing nihilistic Muse songs about our meaningless hopeless world”, or “Mate, this is some serious bullshit right here”).

Uma Thurman is a strait-laced radio psychologist engaged to Mr Dar- um, Colin Firth. Everything’s going fine and dandy until she discovers she is already legally married to a complete stranger because, as far as I can tell, some random kid just typed a few letters into his shitty home computer and rendered it thus. It made no fucking sense to me either.

The central conflict is, predictably, between Uma’s head and Uma’s heart: one man “makes sense”, is straightforward and practical, whilst the other is “passionate”, likes to sing and eat cake. Why rom-com heroines always have to choose between Type A and Type B is beyond me, considering all the men I know are usually some kind of mix thereof, as well as with hefty chunks of Types C, D, Q, WTF and LMFAO thrown in. Unfortunately, in this film any vague personality is shoved in via contrived clichés:

-          “You know who’s a bigger flake than your buddy Prince Charming? His brother: Prince Passion!” 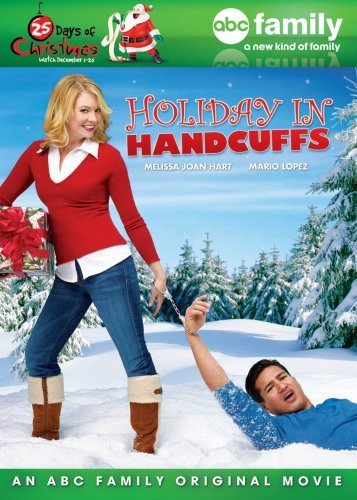 Hey, remember Sabrina the Teenage Witch? Hey, remember Slater from Saved by the Bell? Hey, remember the holiday movie where Sabrina, too embarrassed to go home for Christmas *~*!!!WITHOUT A BOYFRIEND!!!*~* decides to playfully coerce Slater, who she’s just met, to stand in as her partner? No? Don’t remember that? Cute premise, huh?

Oh sorry, did I say “playfully coerce”? Pardon me – I meant she holds a gun to his head. That’s not a euphemism. SHE LITERALLY HOLDS A FUCKING GUN TO HIS HEAD. It is horrific. Sabrina, I know you’re our protagonist and all, but I don’t feel sorry for you. You’re holding a fucking gun.

I guess they’re suggesting that women feel it’s imperative to have a date over the holidays, by any means necessary? Well, sometimes I’ve felt lonely, sometimes I’ve yearned to show off a nice handsome boyf to the world but, hand on heart, I have never resorted to criminal violence. And I for one am proud of that. Imagine if the roles were reversed – if a man held a gun to a woman in this ‘whimsical’ manner. “Sorry darling, I just couldn’t stand the thought of having to pull Christmas crackers with Mum again. Come to my house for mince pies OR EAT LEAD, BITCH.” Nah, I preferred Sabrina when she WASN’T unhinged. You know, when she talked to her cat and stuff.

Amanda Bynes. Is that enough? Because I can barely muster the energy to speak about this one without feeling exhausted. I will be honest here and say that basically everything you need to know about this film is summed up by the DVD cover. 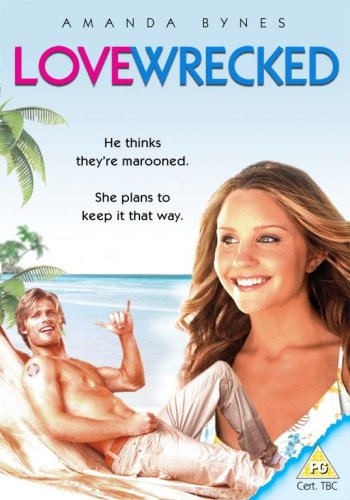 This is another “Type A or Type B” one, except rather than head vs heart, it’s “Arrogant and famous” (a rock star, the object of Ms Bynes’ affections) vs “Humble and non-famous” (Ms Bynes’ weedy best friend). You can imagine how it ends: she decides she wants neither man and asserts her independence as a nuanced, complicated human being.

LOL JK, of course her ‘character’ is actually a 2D cardboard cut-out. Maybe that’s what the DVD cover was trying to explain all along. 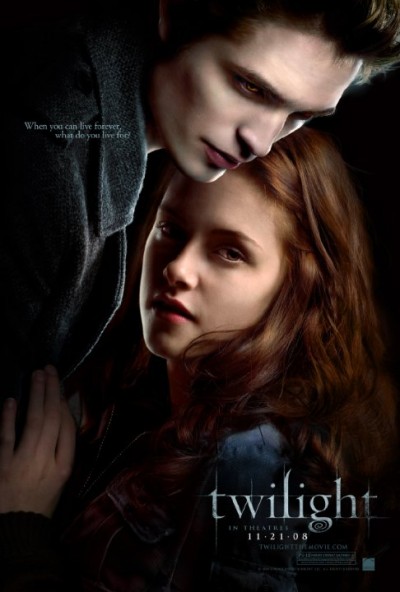 Yeah. He gave me Twilight. I am in my twenties. I pay rent. I drink coffee. I own two types of screwdriver. He gave me fucking Twilight. Well, I’m pretty sure I don’t need to go too deeply into this one, eh? Boring bint meets boring vampire and they sit in boring fields giving each other boring looks. At one point they play baseball. It is boring.

Actually, that downplays the genuinely sinister aspect of a trillion-year-old demonic creature staring at a seventeen-year-old girl as she sleeps. Of her unrelenting dependency on his presence and approval. Of the fact that his skin glitters like a disco-ball and we’re supposed to find it enticing.

It perturbs me that such an unhealthy, one-sided, misogynistic relationship can be propagated as the base of one of the biggest adolescent franchises there is. It is dangerous that young women today are encouraged to seek this controlling, psychotic “love” as an ideal. If I ever have kids (although with the welcome arrival of my veeery late period today I am elated to announce this will not happen any time soon), I will keep them miles away from any Twilight film, book, pencil case or novelty garlic crusher.

But I am disappointed he didn’t lend me the fourth film in the series. I hear there’s a boring sex scene.

I see two big similarities across all four of the above movies. First of all, in each one the female protagonist is lost, uncertain, incomplete… until she finds The Male Love Of Her Life. Secondly, every single one has the most utterly BATSHIT circumstances: crazy computer hacking, illegal weapon-wielding, tricking a famous dude into believing he’s stuck on an island when he’s… just not (what an imbecile, though), or vampires ‘n’ werewolves.

I suppose you need totally insane ideas to support the equally insane idea that a woman can’t possibly exist happily without a man; with no romantic love; as a fully established person in her own right. The thing is, love stories can be beautiful, fascinating, complex – just like relationships in real life. Try Eternal Sunshine of the Spotless Mind, (500) Days of Summer, Blue is the Warmest Colour… Note how none of these are ever described as “for women”.

When I returned the DVDs to the guy, I apologised and told him my tastes aren’t quite the same as his sister’s. His immediate response: “In that case, I should make it up to you! Maybe I should take you to a movie sometime?” I politely declined.

Still, what a convenient set-up. Suddenly wondering whether he has a sister at all.