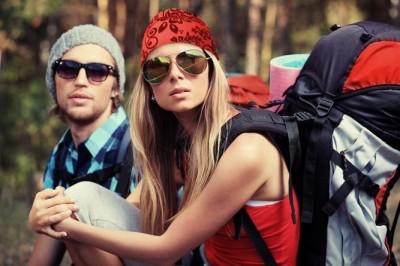 All too often, I find amongst my female friends that the idea of travelling alone without a trusty male companion is deemed a total no-go, lest your alluring three-day-no-shower look and sunburn garners threaten unwanted attention.

Well, fuck me (consensually). I’m not even that into travelling and I find that annoying. The mere idea that it’s actually a serious, risky choice to decide to travel alone because a collective of sexist arseholes thinks women are irresistible objects for their pleasure really gets me (call me crazy.) And I don’t blame those women who choose not to travel alone because of it. A persistent sense of entitlement, lack of respect for female autonomy and routine victim-blaming means that the majority of – if not all – countries make perusing their fair isles just do much of a bloody hassle. It’s sad but true that male friends then end up standing in as a form of bodyguard.

I have recently been travelling in Denmark, with a female friend. Denmark. You know, the one with a female prime minister, Helle Thorning-Schmidt, along with an ass-kicking queen who has about three degrees and speaks five languages fluently. According to some random website that corroborates my argument, Denmark’s first feminist movement started in the 1870s. THAT IS SO LONG AGO. Considering Denmark has a culture of powerful, impressive women in high positions, my friend and I were not especially worried about encountering high levels of sexism, hoping that maybe this understanding and respect for women would manifest itself amongst day-to-day Danish people with not so much as a wolf-whistle to destroy our holiday in what was clearly a veritable misogyny-free utopia.

Needless to say, we were wrong. On a free walking tour that we took to legitimise more pastry eating, our tour guide, who initially seemed pretty nice, became increasingly – and incredibly – sexist. He congratulated Berlusconi for objectifiying Thorning-Schmidt, because lol she’s fit. The look on our faces when he impersonated the gesture of looking her up and down and nodding in approval of her fine, legislature-passing arse: disgust, teamed with the creeping social anxiety that we were going to have to do something, along with the sheer despair that we still had two hours left to go. As a strange aside, he also joked about how the birth of twins by the Danish Prime Minister was a sign of impressive masculine jizz virility on the part of her husband. My friend and I decided to not tip, and to complain on TripAdvisor (#theenglishway), where we hoped it would make the most difference.

TripAdvisor have decided to remove my review, twice. On the first instance, unsure of what could possibly be so controversial about ‘our tour guide was sexist’, I perused their generic email for reasons why it was taken down. They stated that my review was not ‘relevant for other travellers’, and that ‘users should refrain from including personal political, ethical or religious opinions, discussion or commentary in reviews.’ After emailing them, they said that it had ‘inappropriate language’ (…I had used the word sperm (!!!!!!!!!!!!)), so I took it out. Then they removed it again.

How long will it take for people to realise that being anti-sexism is not a radical position, because I’m getting pretty fucking tired waiting here? A website like TripAdvisor should be hypersensitive to the benefits of creating a travelling community that makes it safe for women to travel alone. Surely the reason it exists at all is to facilitate travel for, y’know, travellers. On top of this, my review was flagged as a ‘helpful review’ by two readers. It seemed to matter to them.

I’m lucky that I took this trip with a fellow confident feminist friend, because had I been alone, I think the whole charade would have been a lot more distressing. And that’s why sexism is relevant to travellers, no matter what TripAdvisor may think. Sometimes, something as apparently innocuous as a creepy tour guide can knock your confidence to explore the world. And it’s a travesty when we let this happen to women and girls, sucking up their sense of adventure and disposing of it at the airport with all liquids over 100ml, and ending up confining them to places they find guaranteeably safe instead, like, y’know, the home. Let’s not do that to each other. Let’s fight for our sense of adventure.

P.S. Fuck you TripAdvisor, see how you like having an article written about how shit you are. Probably should have replied to my tweet. Gutted.

12 thoughts on “TripAdvisor Decided That Sexism is an “Irrelevant” Travel Complaint. I Call Bullshit”