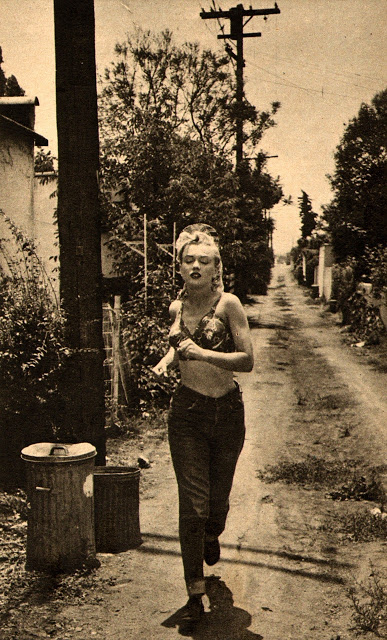 Ever since my teenage years, I have enjoyed going for the occasional run in my spare time.  However, it wasn’t until this year that I started devoting more time and energy to the sport, and I currently aim to run about three times a week.

In theory, running is a sport for everyone.  It’s cheap, casual and inclusive – you don’t need to be fast, you don’t need to join a team or club, and you don’t need to fork out for a gym membership.  All you need is a sports bra and a pair of running shoes, and you can hit the road!  Perhaps this explains the sport’s popularity with both men and women.  Running, like other forms of exercise, is good for your mind as well as your body – without wanting to sound like a Nike advert, it provides an opportunity to be mindful, escape the niggling annoyances of everyday life and feel the wind in your hair.

However, as a feminist, I am all too aware of the gendered issues facing women who run.  Unlike men, women are faced with a unique set of obstacles when they go running.  Although women use public space every day to get from A to B, many women feel particularly vulnerable while running – a sad fact that can deter women from taking up the sport.

It is well-known that all runners sometimes experience harassment.  Strangely, many people (mostly young men, if I’m honest) seem personally affronted by the sight of someone exercising in public.  Verbal abuse and jibes are a common experience for both male and female runners, as well as for cyclists.

However, the harassment experienced by female runners is often more frequent, more threatening and more sexually intimidating than the harassment experienced by men.  Although I regularly face street harassment while going about my daily life, for some reason I am harassed far more when I am running.  This includes anything from the usual wolf-whistles to more threatening behaviour, like sexual comments about my body and appearance.  I live in a city, and sometimes it feels like it’s impossible to go for a run without a car beeping at me or a strange man shouting something obscene.  Luckily, I have never experienced more serious physical harassment or assault while out running – if I did, it would probably put me off running altogether.

This unfortunate problem seems to support the theory that street harassment has nothing to do with sex, and everything to do with power.  I find it very hard to believe that there are hundreds of men who are instantly filled with uncontrollable lust when confronted with a sweaty, red-faced woman in her running kit.  It seems more likely that it is the perceived vulnerability of female runners that makes them so attractive to harassers.  It’s almost as though a woman running alone is fair game for unwanted attention.  After all, she’s out there, all alone, drawing attention to herself and taking up space.  It reminds me of the harassment I would receive when I used to go busking on Saturdays in the city centre.  Given that I was drawing attention to myself by singing in public, I felt almost responsible for the inevitable chat-up lines and frequent comments on my appearance.

What makes me really angry though, is the feeling that these guys are just trying to spoil my fun.  For many women, running is a hugely positive experience – it makes you feel energised, lively and, most importantly, free.  When a man takes it upon himself to disrupt my happiness by shouting “nice tits/arse” as I jog past, it makes me annoyed, humiliated and angry.  In these situations, the harasser makes a conscious attempt to make you feel uncomfortable, to draw attention to your body and remind you that, as a woman, you are not entitled to use public space.  As with all street harassment, this is a clear assertion of dominance and power.

As a woman, you learn to be vigilant when using public space, and many women take significant safety precautions when running.  This can involve carrying a phone or safety alarm, and some women prefer to run with a friend, rather than alone.  The advice that it is never safe to run after dark sounds sensible, but in practice it is incredibly restrictive, especially in winter when sunset can be as early as four o’clock.  Although it is sensible to stick to busy, well-lit roads during winter, this can be very limiting, especially when compared with men’s freedom to pop out at any time during the evening for a quick jog.  There seems to be very little outrage about this unspoken curfew, and how it affects women’s everyday lives.

In my experience, it can be very difficult to articulate this problem to men.  My stories of street harassment have often been met with utter disbelief by nice, well-intentioned men.  It’s almost as though, because they would never dream of treating women so disrespectfully themselves, they find it hard to even imagine that any man would.  While it’s nice that so many good men find this behaviour so despicable, a little less disbelief and a bit more anger might be more helpful in the long term.

I wish I could finish with a practical list of steps that could be taken to eradicate this problem.  Unfortunately though, there seems to be very little that individual women can do about it.  Obviously, initiatives like the Everyday Sexism project raise awareness and build solidarity amongst women, but I have the sneaking suspicion that the men who harass me on the street won’t be particularly bothered if I tweet about it later.  In reality, none of our attempts to counter sexism seem to come anywhere close to prevention of the problem in the first place.

Perhaps the most powerful thing that women can do is to try to ignore the harassment.  Don’t let it put you off doing what you enjoy – don’t change your hobbies, don’t stay inside, and don’t change what you wear just because some moron feels the need to point out that you have breasts or legs or any other completely normal body part.  Obviously don’t put yourself in any danger, but there is a big difference between staying safe and letting a small number of misogynists control your behaviour.  Be defiant and don’t apologise for being a woman with a female body.  Keep running, keep cycling, keep walking and keep having fun because, after all, that’s what these creeps are most afraid of.

22 thoughts on “Why Does Running Make Me the Target of Harassment?”