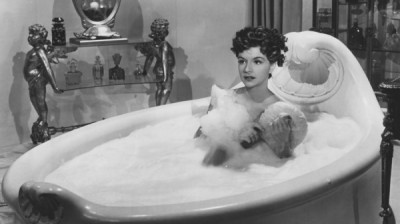 If you are one of those rare human beings who pays their taxes and prefers to conduct their romantic relationships free from government interference, you’ll no doubt be pleased to hear that the Department of Education has stuck £45,000  worth of its oar in by paying relationship charity OneplusOne to produce a campaign entitled (and I’m being genuine here) ‘Love Nuggets’. Depending on what kind of person you are, the phrase ‘love nuggets’ might evoke a bossy KFC T-shirt slogan or, perhaps, the working title for the sequel to ‘Two Girls One Cup: The Constipation Years’ (I’m gravitating towards the the scatological, personally), but you’d be wrong. Love nuggets are the little things you do on a day-to-day basis to keep your relationship alive, and apparently we all need reminding of them to such an extent that this campaign warrants taxpayer funding. They are also a type of dog biscuit.

Seriously, though, it warms the heart to know that the DoE took some time out from its vital work of removing from the national curriculum two seminal works of literature that do much to teach children about attitudes to race and disability in order to embark on an even more noble initiative: teaching us, the great unwashed, how not to fuck up our relationships. Never mind the national embarrassment that is our attitude to sex education: let’s focus on the truly important stuff. Love nuggets. Say it with me, folks: love nuggets.

Choice ‘love nuggets’ include making your partner cups of tea, leaving little notes around the house for your spouse to discover, or running them a bath. There’s nothing there about how you should continue to give one another regular orgasms or how perhaps they could scrub the toilet after they’ve been for a shit, but I suppose every little helps. Then again, I’m struggling to imagine how all this unsolicited bath running would play out in homes across the country. In my house it would go something like this:

Me: Thanks sweetheart, but it’s 29 degrees outside and I’m not really in the mood for a steaming hot bath.

Me: Thanks, but I really don’t want it.

Him: But I put Radox in it and everything. And lit those little candles you love so much.

Me: I’m really not in the mood, babe.

Him: You’re being ungrateful. I really think you should get in the bath.

Me: I’m not getting in the bath.

Him: Get in the bath.

Him: You could do with a wash.

Me: I’m sorry? I could do with a wash? ME? You reek. I showered THIS MORNING. WHY DON’T YOU HAVE THE BATH?

Him: MAYBE I WILL THEN.

Him: Could you bring me a whiskey?

Then, I bring him a whiskey, while he listens to the Guardian football podcast in the bath. Then we have sex, followed by toast.

My relationship, I hasten to add, is a very happy one, despite the fact that we’re generally able to handle our own personal hygiene arrangements without the other’s involvement. The same goes for beverages. Sometimes, I’ll walk into the living room and he’ll be sipping on a innocently on a ginseng, minding his own business. ‘Where’s my tea?’ I’ll say. ‘Sorry’, he’ll respond, ‘I didn’t realise that you wanted one.’ Somehow, we are able to surmount this irreconcilable difference by simply putting the kettle on. We’re made of strong stuff, he and I.

And yet, a peruse of the Love Nuggets reveals that we are doing very few of the things OneplusOne recommends that we should be doing in order to keep our relationship going. We argue about who should make breakfast, we delete one another’s programmes off Tevo without asking, he eats stuff from the fridge and doesn’t replace it, I’ve never made him a mixtape. We are, apparently, a relationship disaster area. I had a good old look, and nowhere on the website does it say that you should take so much MDMA on her birthday that your antics give her a laughing fit so violent that she snorts neat gin all over the bowl of Doritos. Doritos which you then eat, regardless, because you love her and her snot isn’t a big deal to you. Clearly, OneplusOne and I have very different conceptions of romance.

But you have to admire OneplusOne’s optimism. To them, relationships seem to be woven from small, ultimately meaningless gestures, the absence of which might be the dealbreaker between your splitting up or not. There’s no mention of insurmountable differences or bad behaviour here. Never mind the fact that he might not be able to get it up any more or she spends her time subtly undermining him in front of his friends – as long as you make them a cuppa, it’s all gravy.

In some ways it’s a rather sweet, uncomplicated view of partnership, though personally it strikes me as depressing, sexless, two dimensional, heteronormative and overly informed by conservative notions of the role of marriage in society, not to mention fucking twee (in other words, typical of something the Tories would channel three million quid into.) Which is why I thought I’d share with you some of my own love nuggets, little gestures that the men of the United Kingdom could make to their wives and girlfriends, to ensure that they don’t dump their sorry ass at the earliest possible opportunity. Live and learn, fellas.

Other than that, I’m pretty free and easy, to be honest.

What are your nuggets? Let us know in the comments.

12 thoughts on “Here are Some Love Nuggets for You”