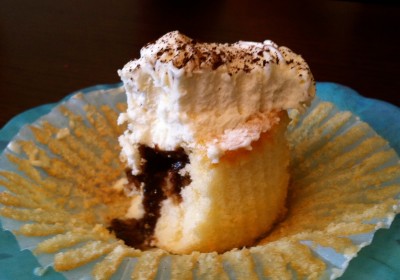 I was swimming when I saw her. She walked past the pool with her bones coming out at desperate angles, her hair thinning and her skin a sickly shade of grey. She was what you imagine when you think of anorexia.

When I caught sight of her, I was shocked. But I wasn’t just shocked. I was also a little bit jealous. She had more self-control and more determination than I did. She hadn’t just met society’s expectations of women, she had actually surpassed them. A small but very determined voice in my mind said, “You don’t have an eating disorder. You’re far too fat to have an eating disorder. When you look like HER – that’s when you deserve to use the term ‘eating disorder’.”

When I got out of the pool, I almost fainted. But I didn’t have an eating disorder. Right?

Part of this habit comes from knowing that eating disorders are mental illnesses. We don’t want to detract from the seriousness of these conditions by making out that our difficulties with a packet of Tim Tams are on a par with someone who has it so much worse. I get that. ‘Eating disorder’ is a big term, and the last thing most of us want to do is make it smaller by using it lightly. Then there’s also the stigma that is still associated with mental illness. That stigma is very real.

And yet, in my experience, this isn’t the whole story. In my experience, when I didn’t believe that my own eating disorder was serious enough to warrant attention, there is a part of yourself that says: “I don’t deserve to say I have an eating disorder. I’m not thin enough, not extreme enough, not far along enough. I ate a cookie yesterday, for fuck’s sake!” We look down at our thighs or pinch our stomachs, and the overriding feeling is: “I am not good enough. Not even good enough at starving myself to deserve to say that something is wrong.”

But here’s the reality. I don’t care how much you eat, what you weigh, how often you exercise, where on a graph you fall or whether you tick a bunch of fucking boxes. I don’t care. These things should not determine whether or not you are able to say, “Hey, this is screwed up. This needs to change.”

If the way you feel about food, exercise or your body is not the way you want it to be, not a way that in any way makes you happy, then that deserves to be worked on. And you deserve help in working on that.

Use labels. Don’t use labels. It doesn’t matter. But know that wherever you’re at, it’s never too early to deserve to feel better.

And now we believe we don’t deserve to speak out and change things unless we are at the very extreme end of a loosely defined spectrum of self-hatred.

But here, I think he’s got it right. We don’t need to be at our worst before we’re worth working on.