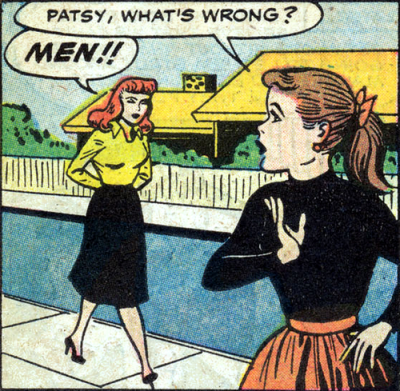 Are you feminist enough?

Well, are you? Do you refuse advances by saying ‘no’ rather than ‘I have a boyfriend’? Do you leave your body hair unshaven? Did you refuse to take your husband’s name? Do you even have a husband? Do you negotiate pay rises? Do you wear mini-skirts, or are you more of a jeans and shirt kind of girl? Did ‘girl’ make you wince (you’re a grown woman!)? Are you body-proud? Are you beautiful? Or are you taking back the word ugly? Do you support sex workers, or do you think they’re betraying women? Is Beyoncé a feminist even though she dances around in her knickers? Do you like a bit of BDSM? Have you ever used Feminax? Do you secretly love the Circle of Shame?

You see, no matter how much progress women make, there are always some strange standards of behaviour we seem to have to follow. It doesn’t matter what we fight for; it just creates another way for us to fall flat. One minute you’re being told how to look and act by the patriarchy, and the next you’re being held to account by other self-identifying feminists. Are you good enough to join? Are you feminist enough to be a feminist?

If someone called me ‘unladylike’, I’d probably snortlaugh and throw Monster Munch at them. Then eat the Monster Munch. But if you call me ‘unfeminist’, I’ll have to prove that you’re wrong. I don’t even want to be a lady – sitting with your knees together, smiling wanly, and never having another slice of cake looks really, incredibly boring. But feminists are awesome: we do whatever the fuck we want, we eat ALL the cake, we swear, we don’t have to stay home with the kids and clean all day (unless we want to) and last time I checked, we don’t blindly follow arbitrary rules about how women should or shouldn’t live their lives. In other words, I really, really WANT to be a feminist.

I don’t think that we need another stick to beat women with – especially when the old ones are still working as well as ever. But it seems like we’ve reached peak in-fighting in Feminist Land. Some of these fights are interesting, completely valuable and worth having. But it would be ridiculously naive not to acknowledge that some of them are downright bilious.

I came to this realisation when a sex worker friend told me about the hate mail she receives – not from Christian fundamentalists or angry wives, but feminists who feel she’s betraying women (all women) by selling sex to pay her bills. Regardless of feminism, sending hate mail to anybody makes you an asshole. I’ve had arguments with feminists about my right to groom my body hair the way I want to; I actually had to justify my body choices to a group of people who claim to advocate for women exercising their own rights over their own bodies. It doesn’t just strike me as odd – it pisses me off.

Now, I’m not one to point at a problem without coming to a solution. The first thing I thought of was paring down the list. Instead of 100 Rules for Being a Good Feminist (which nobody can even agree upon), I thought, why not just say, ‘Are you doing what you want to and supporting other women?’ But then, on second thoughts, that criteria didn’t seem quite good enough. So I came up with something better: ‘Who the actual fuck cares?’

Here’s a manifesto I can get on board with: feminism isn’t a sliding scale. You don’t get rated out of 10 or have to sit an oral exam at the end of it. So just do whatever the fuck you want in your noble quest for gender equality, and don’t attack other people for doing the same.

As far as I’m concerned, that’s the whole point.

14 thoughts on “How To Tell If You’re Feminist Enough”