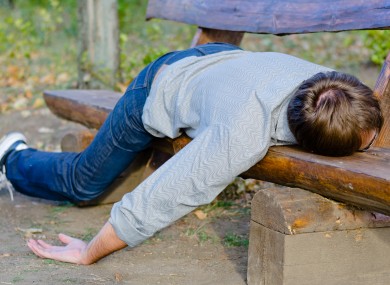 In light of two excellent recent articles by an Oxford student who was raped in her sleep, I thought I’d make a few notes about drunkenness – my drunkenness. I am not proud of any of these incidents, and especially ashamed to look at their totality in writing them and know that there are probably more episodes I simply do not recall. They are a form of privilege that I’ve not properly considered before, but as someone who was also an Oxford student, but also a middle class able white man, my story was completely different to @missmarcello’s.

One time in first year, in freshers’ week itself, I stumbled out of a club and could not find my way home. I wandered around until I found someone I recognised, and they took me back to college. I was not sexually assaulted or raped.

One time at an after-school party I lost a drinking game and was sick in a lavatory. Someone thought it’d be funny to take my clothes and take pictures, so they did, which definitely wasn’t cool. But people also clothed me, checked I was OK, gave me water, cleaned up after me and put me on a couch. The photos were deleted soon afterwards – my ‘reputation’ was not stained and the whole incident was quickly forgotten. I was not raped.

One time at a festival I came back from the concert utterly exhausted and tipsy. I got into my tent, surrounded by people who were awake and knew of my situation, and went to sleep. I was not raped.

One time, possibly my twentieth birthday, I came back to college halls at night extremely drunk and decided I was too tired to climb the stairs to my room. I fell asleep halfway up a flight of stairs. Eventually a noise and a wave of nausea spurred me to get to my room. I was not raped.

One time in third year I cycled back from a club drunk, which was surpassingly stupid. When I got to my flat in north Oxford I fell asleep in the bike racks, entangled in my vehicle. A guy I knew a little appeared, disentangled me, let me into the building and helped me up to my flat. I was not raped.

One time when I had just finished my final university exams, I drank some whiskey at about 7pm and called my parents and cried a little in college from the relief of my degree being over, then blacked out in a staircase where I used to live, but did not at that time live. I woke up on the sofa of someone I barely knew, being cared for by him and two others. I was not raped.

One time I had a house party of my own. I drank and danced and had a great time, and when I was tired I went to my room and went to bed. I was not raped.

One time, I drank too much at a small friendly gathering in the countryside. I crawled into what turned out to be an airing cupboard and passed out. I was not raped.

In fact, that has happened countless times. In numerous house parties across Europe I have got drunk and fallen asleep – sometimes with the wherewithal to get out a sleeping bag or go to my allotted bed, often not. Likewise I’ve sometimes come out of clubs too drunk to care for myself, or decided in a club that I cannot care for myself, and been helped home by male and/or female friends. I have done the same for others. Other times I’ve made my way home, visibly drunk and very slowly. In combination with alcohol, I have also been at parties under the effects of recreational drugs. Many of these times, to pre-empt a rebuttal, I have been in the company of gay men or bisexuals – and felt no more threatened. Likewise I have been in my incapacity in the presence of women who may have found me attractive. Upon recovering the next morning I have never felt myself lucky or thanked any deity  for not being raped, nor congratulated myself for taking steps not to be raped.

The point here is that I never even feared rape. I feared being lost, being cold, being sick, being unable to find a place to sleep, being arrested, being hit by traffic, being hungover the next day, being robbed – but feared none of those enough to stop me drinking, often to absurd levels. Just this weekend I drank so much that I was unable to open a stiff door, fell over onto someone slumbering as I opened my sleeping bag, and lay down immediately next to a puddle of someone else’s vomit. I was incapable of consent or of fending off an attacker but I was not assaulted or raped.

MissMarcello received a barrage of abuse when she published her story. She was asked what she expected if she got drunk, told she should have been more careful, given ‘advice’ to avoid drinking in excess or in social situations, told that if she was going to be raped she shouldn’t be drunk so she’d be more credible to a jury.

I have never received such advice. Certainly my parents have frowned at me and sighed; certainly I have been mocked in hungover mornings for my giddy antics or weak alcohol-processing ability, as I have mocked others. Occasionally I’ve been told that one or other action carried out when drunk was stupid or unacceptable or dangerous. But never, not once, have I been told that I shouldn’t drink because I might be raped.  I’m pretty sure that’s because I’m male and nothing else. That’s privilege, and I wish more people could see it.

None of this is to detract from the fact that men, drunk or sober, do get raped and that is equally unacceptable.

20 thoughts on “My Male Drinking Privilege: A Response to the Victim-Blaming of an Oxford Student”