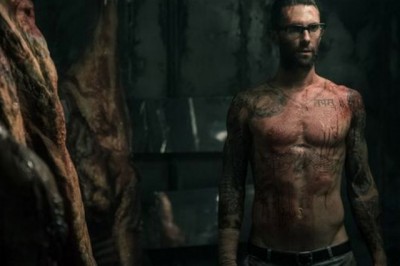 The Dos and Do nots of Doting, Dating & Dominating!

Do you often confuse yourself with an animal? Are you worried about ending up alone and socially marooned? Is your lack of hounding and hunting skills getting you down?

1.) Firstly, and most importantly, don’t be yourself- be like an ANIMAL! Do everything that animals do – for example, eat your own shit, roll around in dead things and piss on the carpet when you’re left home alone and frightened.

2.) Not just any animal though- it’s important that men are the predators in the hunting- er, dating field, so this one piece of advice goes out to all you lucky lady trophies out there. Remember, it is the man’s job to chase and hunt, you just get to sit there and look pretty and laugh at everything men say (or, in the case of my stalky target, go about your daily business, preferably in hotpants, while I lurk in the shadows watching you like a miserable racoon.)

3.) Back to the men. OK guys, before you ever speak to her, take many, MANY secret photos of her, especially when she’s asleep alone in her apartment just in pants with a freshly done blowout and a full face of makeup. Make a montage. Sit in the dark with them. Ponder them. If you get bored of this, roam an abattoir.

4.) To demonstrate your commitment, break laws for her. To get started, try stalking, breaking & entering, and then later on threaten her with sexy promises of cannibalism. It’s sure to get her purring- like the animal she is too!!

5.) To show your intuition and sensitive side, know the difference between creepy and romantic. It’s not creepy to dress all in black, go to someone’s flat in the rain in the middle of the night and stare at their window; it’s romantic.

It’s also romantic to hug/dry hump an animal carcass, shirtless, while thinking of her. In a metal shed. At night. Alone.

6.) On The Big Night, be sure to pre-warn any bouncers in the area that you are out on the prowl, and bribe them generously. This way your night of unbridled passion won’t be compromised by any other hunter-gatherer-scavengers who might have their eyes on your prize.

7.) When actually speaking to her, do lose all your confidence at the last minute, panic and touch her shoulder when she’s not looking. You can always pull the ‘tortured artist’ card if she questions the logic of your ‘animals’ angle.

8.) To show your attention to detail and honesty, tell her that you can smell her for miles around.

9.) To impress her, explain to her that when it comes to sexual gratification, you are in no way in control of or responsible for your actions or your body. Because you’re a big sexy manly animal.

10.) To show your strength of character and masculinity, intimidate her and tell her what she thinks. If she’s not interested, she’s obviously lying or denying herself! Why wouldn’t she be into you?! You’re an animal.

11.) Now if all else fails – ideally have this planned beforehand so you don’t ruin the moment – throw buckets of blood on her and rub it on yourself. Now I know this sounds like a terrible idea, but trust me. She’ll love it. And if she doesn’t – remember, you’re a hunter!! It doesn’t even matter if she likes it or loves it or even wants it; if she doesn’t, it all adds to the thrill of the chase.

So there you have it, lads. A failsafe guide to getting what you earn. If you would like a demonstration, please refer to the music video ‘Animals’ by Maroon 5.