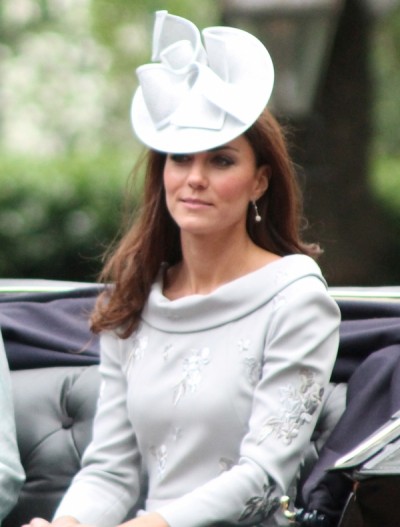 It’s four in the morning on a Thursday and I’m pretty sure I’m dying. But I can’t be dying, the baby can’t be dying, I’m just pregnant and this is just a part of pregnancy. I need to toughen up and get on with it. Cut to two hours later, I’m dragging myself downstairs, exhausted, faint and shaking to wake my Mum up. She takes one look at me and calls an ambulance. An hour later I’m in A&E. When my Mum asks a nurse what is wrong with me, the nurse, who happens to very pregnant herself, says it’s bad morning sickness and ‘just a normal part of pregnancy’. I look at her, all happy, healthy and round, compared with my gaunt haggard self, and think ‘it is not normal to vomit so much that you burn your throat on your own stomach acid. It is not normal to vomit blood’. I feel weak and defeated, I can’t muster the energy to lift my head up when I vomit let alone argue with the nurse.

After I was examined by a doctor and my blood and urine tests came back it transpired I was severely dehydrated. There were ketones in my urine, which is very bad. It means your body is starving. I was put on a drip, and admitted to gynaecology for monitoring and rehydration. The doctor diagnosed me with hyperemesis gravidarum (or HG if, like me, you’re shit at pronouncing Latin words). I was in hospital for two days, hooked up to a drip which was giving me fluids, vitamins and medication. I was given a scan, and through some miracle our baby was alright. I eventually convinced my husband not to get his work to charter a helicopter to fly him home so he could be at my bed side. I pointed out I was in the best place, there is nothing he can do other than sit, feel guilty and watch me suffer, and that we really need his wages to pay our mortgage because I could not stand up, let alone go to work.

When I eventually regained the energy to sit up, I started to research HG. While I found lots of great websites and support groups I also found in worryingly equal measure lots of misinformed, shitty patriarchal attitudes about the condition. So I decided to write an article for The Vagenda to inform my fellow readers about this little understood condition so you can all spread the word.

Things hyperemesis gravidarum is NOT:

a.) It is NOT MORNING SICKNESS. Helpful and insightful comments from the media when the Duchess of Cambridge was admitted to hospital suffering with the condition included ”Kate was admitted to the hospital today with ‘hyperemesis gravidarum,’ which is what they call regular old morning sickness when you are a princess.” As doctor Jennifer Ashton beautifully put it: “This is morning sickness like a hurricane is a little bit of rain.”

b.) Something that can be helped by ginger biscuits and mint tea. When I first got very ill, before the hospital and the machines and injections, I was prescribed anti-sickness drugs. When my husband went to the pharmacy to get them, the pharmacy assistant helpfully informed him that when she had triplets she managed to cope with her morning sickness eating ginger biscuits, suggesting to him maybe I should try that first. I like, totes would have tried her helpful tips but, you know accidentally swallowing my own saliva was making me vom so a cuppa and a biccy was a no go. If one more person suggests mint tea or foxes ginger nuts can help my plight, delicious as their biscuity goodness is, I will respond by kicking them in the shin. Hard.

c.) Something that is your fault. At first, I really believed I was doing something wrong.

a.) All day, all night, relentless non stop sickness and nausea. Imagine food poising without the shitting yourself part but all the time, for weeks on end. It’s a crippling condition in pregnancy that effects a very small percentage of women. If it isn’t treated properly it can cause serious medical problems such as malnutrition, ketosis, extreme weight loss, renal failure, anaemia and death. If untreated, it can also lead to the premature birth of your baby.

b.) A condition which needs to be treated with anti-sickness medication. I found a lot women-shaming articles about how the weaker sex need to just toughen up and deal with the sickness as taking medication could be harmful to a developing foetus. I eventually was given cyclizine hydrochloride via an injection after a week of non-stop vomiting because my doctor firmly told me that if I didn’t take it, the baby would die. We all agreed this would be worse for the baby then the very slim possibility of the cyclizine affecting it.

c.) Traumatising. The non stop sickness/nausea, losing all control of your own body, being unable to leave the house for weeks on end, the pain when you have retched constantly for days. Not knowing when/if it will end. Not knowing if your baby will be OK, even after you have been through all this crap to grow it.

It’s a condition that can damage your mental, as well as physical health. Pregnancy sickness support identify depression as a common side effect of HG.

All in all, it does not make for fun times.

The HER foundation found that 10% of HG pregnancies end in a women having to terminate their pregnancy. They claim many of these terminations happened because women were not receiving the right support, due to a lack of understanding from the medical professionals treating them. The effects of aborting a pregnancy that you planned and wanted must be devastating.

Blogger and HG Dad Evan Derkacz wrote that “the fact remains that HG can be a brutal, crippling condition that goes largely ignored and untreated, partly due to its overlap with ordinary pregnancy sickness and partly to our attitude toward suffering, and the suffering of pregnant women in particular.”

Only when we as a society start to acknowledge women’s suffering will HG be taken as seriously and women enduring the condition be given the support they require to survive it.

18 thoughts on “Just Call Me Duchess: My Hyperemeisis Hell”