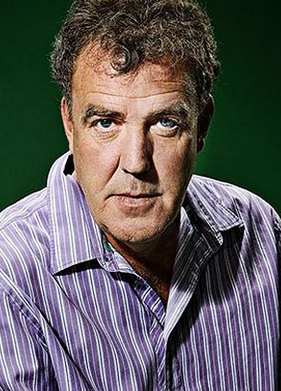 In light of recent research by Ticketmaster showing that ticket sales for female comics have trebled since 2011, I have an *Important Announcement* to make, something that, if you’ve ever read the comments section beneath a newspaper article, you’ll already be well aware of:

MEN AREN’T FUNNY. In fact, I’ll go further than that; I’m going to flat out say it…funny men don’t exist. People should stop saying that they need to put men on at comedy clubs and on panel shows: it’s embarrassing. No one wants to see that (and like I said they don’t exist, anyway.) Funny men are like pandas – incredibly rare, and most of them aren’t shaggable. Men need to stop trying to take over at our fanny jamboree…guys, there just isn’t room for you. What’s more, we know we’ll get complaints from ovary owners in the audience who won’t understand your penis-y ways, and won’t be able to relate to your jokes. That’s all male comics would talk about anyway….their penises. If they existed, which we have already established they don’t.

SOMEONE left the back door of the comedy club open and one of the cheeky buggers slipped in and crashed the stage. Said male comedian hopped up, did 5 minutes and the crowd *seemed* to like it. We told him before that if he wanted to even think about doing paid booking work, then we would need to see at least 10 more open spots (which we will avoid putting in the diary at all costs.)

*Yet Another Important Announcement*

One of these persistent, annoying, pushy male comics smashed the gig last night. We had to cave in due to audience pressure and give him paid work. Under no circumstances should they be allowed to close the gig though, even if they are the best on the bill, otherwise people will begin to think they exist, which they definitely don’t and people might think they are better than the female comics, which they definitely aren’t.

*An even more important announcement*

SOMEONE put a rule in place stating that there must be at least ONE male comedian on every panel show. It’s literally like someone is twisting my uterus, don’t they know? MEN AREN’T FUNNY. Now we will just get some crappy male comic no matter what. It won’t be based on talent. How can it be? They don’t exist. If they did, they would be in the clubs and on TV, wouldn’t they?

Last month, numerous male comics appeared across panel shows. Male comics were saying things like ‘I don’t want to be the representative for all men’. People enjoyed it, but it was probably just other men, which when you think about it is weird because they don’t even watch those shows anyway. I don’t get it! Anyway, some of these male comics are touring because of their unfair exposure on television. They are selling well, really well. Data was released saying when male comics get a platform they are just as popular the women comics. WHAT KIND OF WORLD AM I LIVING IN? Why can no-one accept that men just aren’t funny? Enough.

I’m moving to the Amazon. I’ve heard it’s all women there.

Tiff Stevenson is on tour with her show Optimist from 17th October. For tickets and to download her set from Everyday Sexism Gala see www.tiffstevenson.co.uk

5 thoughts on “Why Can’t We Admit That Men Just Aren’t Funny?”