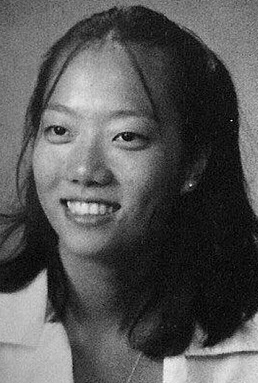 “Does it say Sarah Koenig on it?”

“I don’t know… there’s a red S on a black background?”

I don’t even need to look at the screen to verify that; I know. My flatmate is trying to locate the Serial podcast on iTunes, as I’ve worn her down over the course of a week and she’s about to start listening. Similar conversations are happening in living rooms across the country, and indeed the world world. I know because they are playing out on my Facebook and Twitter feeds, in my work emails and my conversations on the train. It’s breaking records all over the place; becoming the fastest podcast to reach 5 million downloads. Everyone is obsessed with this thing, including me.

But, the thing is, I’m obsessed with what I think about it. Serial made me uneasy from the beginning and I keep searching to see whether others share that unease. Because I don’t care about the grand whodunnit, I wonder about what we’re participating in, and why.

It’s probably best to lay Serial out in its own language. Made by the team that created This American Life (an award-winning US radio show and podcast) Serial will follow one story – a true story – over the course of a whole season. We’ll follow the plot and characters wherever they take us and we won’t know what happens at the end of the story until we get there, not long before you get there with us. Each week we’ll bring you the latest chapter, so it’s important to listen in order, starting with Episode 1.

So, that’s the framing. Helpfully, Ira Glass (Serial’s Editorial Advisor) added in an interview that: “We want to give you the same experience you get from a great HBO or Netflix series, where you get caught up with the characters and the thing unfolds week after week, but with a true story, and no pictures. Like House of Cards, but you can enjoy it while you’re driving.”

Narrated by journalist Sarah Koenig, season 1 of Serial tells the story, not of any fictional HBO or Netflix characters, but the very real story of Hae Min Lee, a high school senior in Maryland, who went missing in January 1999. Or actually, it doesn’t. It tells the story of Adnan Syed, her former boyfriend who was convicted of murder when her body was found one month later and sentenced to life in prison – a sentence he is still serving, and the validity of which Koenig is questioning. Because Serial follows a very typical format not unfamiliar to viewers of CSI – it starts with a body. The body of a woman. And what follows is endless fascination.

Feminism is something we often treat like a religion; it’s a set of values against which we constantly check ourselves and what we’re doing. Also, all too often, it’s a stick we use to beat each other. I kept questioning myself as I listened to this podcast. Was I finding this wrong or did I think I should be? Which was it? Was this bad feminism or bad ethics in journalism (god that phrase feels like it has a missing word now, doesn’t it?) or both or neither? I became consumed by the need to hold my experience up against other people’s.

It’s because not much about Serial is immediately, glaringly wrong. It’s a well made piece of journalism, largely respectful towards its subjects, and in spite of often including Koenig’s own personal trajectory within the case that she has now been digging through for over a year, it’s a fallibility that is admitted and included in the telling. It questions what may well have been a miscarriage of justice and regards a legal system ever plagued by racial bias.

Serial takes over, once you’ve allowed yourself to get a few episodes in. You’ll end up with a confusing mechanical discordance stuck in your head until you realise it’s the interstitial music. If you’re really invested, there’s a subreddit entirely devoted to the podcast; filled with a sometimes unsettling mix of amateur sleuths, the morbidly curious, and people who actually knew Hae and Adnan. But there’s a creeping unease that settles in the more you hear Koenig’s cheerful ‘tune in next week’ outros.

It’s Serial’s format that prickles at my consciousness. People marathon it like they do a HBO box set. They talk of spoilers. ‘Who is your favourite character?’ and ‘What episode are you on?’ are questions I have regularly been asked. There are well populated hashtags #TeamAdnan and #TeamJay (a key witness in the case, who stated that he helped Adnan to bury Hae’s body) on Twitter. A friend compared it to a courtroom drama, then caught herself and swore. The way that it’s drawn out week to week – some ‘characters’ foregrounded, others revealed much later, hints and tips and new information teased at, leads the audience to respond to it in a way they likely wouldn’t have done were it a single stand alone documentary. People don’t mean to, but they forget; that it’s real, that Hae and Adnan’s family and friends are still out in the world, living their lives without a loved one, being hunted down on Facebook by overeager denizens of the internet. That a teenager was strangled and buried in the ground and she is never, ever coming back to her family. There’s barely a handful of #TeamHae tweets.

A few months ago, the world watched the trial of Oscar Pistorius; the worst kind of reality and the best kind of entertainment. A beautiful woman was dead, now what would happen to this successful, internationally famous man? The tabloid dream. Here he was, the blade runner brought low. Again, people pored over the details – Where exactly was her body lying? Had people heard them argue? Could he have genuinely thought she was an intruder? Long after Reeva was laid to rest, her corpse would be picked over again and again as this trial went on – for what felt like forever, it dragged itself across my social media feeds, with people eagerly commentating on how Pistorius looked that day in court, what he had said; this glance, that twitch. The decision to televise the trial has been debated at length but more often than not comes down to the same key question; was it done for education or entertainment?

The same worry nags at me with Serial. What Slate’s Benjamin Wallace-Wells aptly describes as the ‘psychological tourism’ enjoyed by Koenig and by us as listeners is part of the allure. Wondering how that day felt, why everyone did what they did, when they did, if they did. Picking over the details of whether Hae was murdered in a Best Buy car park or a library car park and where Adnan made a phone call at 2:36.

Hae feels so anonymised and erased by the whole process – after episode 2 she really is just the body. This is a stark result of her simply no longer being around to speak for herself, unlike Adnan whose voice we hear in many phone calls with Koenig, but also a result of her family not responding to all attempts by the Serial team to contact them. It took Koenig until episode 9 to clarify this – perhaps waiting for them to come forward once the podcast had started airing – but it does raise difficult questions about the nature of consent and consideration of Hae’s family. That they have no control over the making of this programme about the murder of their daughter/sister/niece/cousin should give anyone listening pause. I’m not sure it does.

Listening to Serial raises more questions than it answers. It’s not something you can cleanly refute, as it doesn’t feel as though there’s a stark line in the sand that it crosses; any one inalienable violation. Doorstepping Jay in episode 8 is probably its lowest point, although a section in which Koenig and a lawyer discuss how ‘lucky’ they would be if Adnan was a psychopath (that’s lucky for Serial lucky, just to be clear; not lucky for Hae, his family, or even Adnan himself. It’s good drama-lucky) is frankly alarming. It’s the constant unease you feel in having access to such intimate details and in your own thirst for next week’s revelation of more. People I speak to even mention feeling ‘grubby’; something I was interested to note really leaped across the gender divide. Audiences have very eloquently and forthrightly parsed problems with it, but are equally loathe to stop listening. Debates on journalism and the subjectivity of truth wax into sniping about how irritating Adnan’s lawyer sounds and whether Jay is trustworthy; it almost feels like the old days on Television Without Pity. This growing culture alarms me, but whether a Lost-like uproar will surround the final episode (unlikely to provide an entirely neat narrative conclusion, what with being real life and all) remains to be seen. Just as Koenig herself goes back and forth on how she feels about the case, I go back and forth on whether or not I feel comfortable with Serial itself and my participation as an audience member. I suspect I won’t know until it finishes, but it feels important to keep questioning.

7 thoughts on “It Starts With a Body: Why It’s Important to Keep Questioning the Serial Podcast”