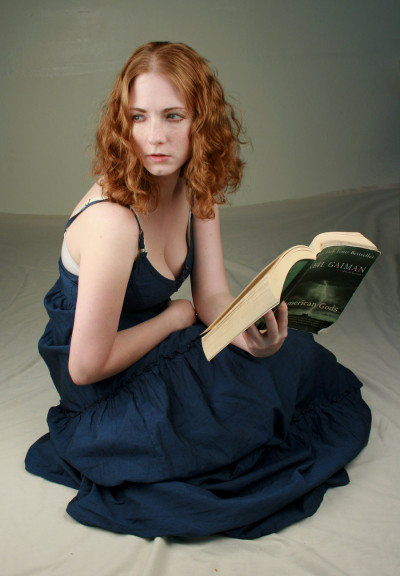 You’re a feminist. You haven’t read Mary Wollestonecraft’s Vindication of the Rights of Women, one of the seminal feminist texts. It’s a chewy read. You’re a busy woman. Alex Voakes has condensed the fuck out of it here, so you can quote it freely without even bothering to find it in a back room at Oxfam.

What relevance could a feminist tract written over two hundred years ago have to our modern lives? After all, haven’t we made unimaginable strides? Wollstonecraft would be bowled over by our modern world, full of be-trousered women standing for high office and keeping their own names after marriage. Whereas she grew up in a society which regarded a woman killing her husband as ‘petty treason’ — analogous to a subject killing the monarch, since he was her superior and she his subordinate. (The law did not operate the other way round — a husband killing his wife was simply murder, which could not get you burned at the stake. For a man to commit petty treason he had to kill his employer or other social superior.)

To call Wollstonecraft bold in her assertions is an understatement. Her stance on the nature versus nurture debate was essentially ‘fuck nature’. She had no time for the ‘natural law’ argument — one which we still see trotted out time and time again in varying degrees of sophistication. This ranges from crude statements such as ‘men are hunters, women are gatherers, therefore men like war and women like houseplants’ to the more insidious articles that tell us whether we’ve got a ‘female brain’ depending on how good we are with 3D shapes and pictures of faces. Rather than refuting on a case-by-case basis, Wollstonecraft simply swept them all aside — she wanted society to progress, not revert to a state of biologically-determined roles, even if they were ‘natural’.  ‘Rousseau exerts himself to prove that all was right originally, a crowd of authors that all is now right: and I, that all will be right’, she says, with admirable grandeur. Next time someone tells me that cavewomen stayed at home with the babies while the men hunted mammoth, rather than pointing out this is unproven speculation I’ll say ‘Who wants to live like cavemen?’  Surely, in her own words: ‘civilisation…is preferable to a state of nature’?

Vindication has taken some stick for being harsh on women, most notably telling them off for becoming ‘playthings’; keeping themselves deliberately ignorant and viewing their main power as lying in men’s sexual desire for them. She points out that this is false influence, and that they have been ‘duped by their lovers…whilst dreaming that they reigned over them’. This reminded me so strongly of the ‘empowerment’ rhetoric we constantly get fed by the media that it was almost a shock. The great lie that says ‘women have power over men who find them attractive, ergo objectified women are actually in charge’ (also known as the ‘Katie Price is rich so who’s exploiting who, hmm?’ defence) seems to have changed little in two hundred years.

She is also unafraid to say that, in some matters, women should strive to more like men. I have felt pressure to deny — when arguing — that I secretly want to be a man. (I feel pressure to deny it right now, in this article. I don’t want to be a man. There.) But why not? If all the best qualities are seen as ‘masculine’ (authority, power, rational thought, science and an adventurous spirit) then why not want to be a bit more manly? In doing so she is separating sex from gender — an extraordinarily radical statement, even (surprisingly) to this day.

Vindication is by no means an easy read — Wollstonecraft tossed it off in a matter of months and said herself that ‘had I allowed myself more time, I might have written a better book’. It is at times contradictory and leans heavily upon the notions of god and a soul to make some of its arguments. But I read Vindication expecting that would remind me how far we’ve come. Instead, I felt rebuked. Wollstonecraft put the struggle for women’s rights at the centre of a massive readjustment of society that would be to everyone’s benefit, rather than a ‘special interest’ of relevance only to women. And I’m not entirely sure that, despite all the trousers and politicians, she wouldn’t have some blunt words with us about far we’ve still got to go.

11 thoughts on “The One Feminist Text You Should Have Read, Condensed”