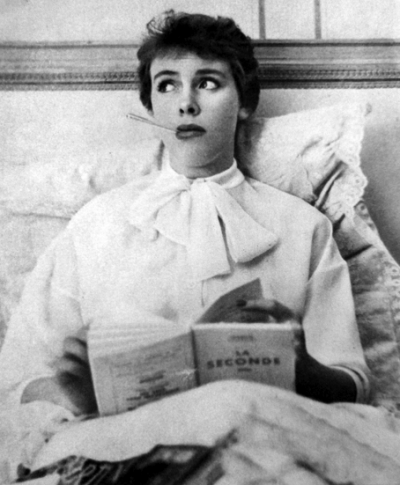 As anyone with a long commute will know, those freebie papers and magazines that are shoved into your hands at the front of every train station are a godsend. And as anyone with a long commute will ALSO know, a good book is a solid companion, too (particularly when you want to distract yourself from the bloke opposite you honking into his Kleenex). So I was delighted to see a recent copy of Stylist magazine combining the two, with a front cover feature highlighting 25 books every woman must read, handpicked by everyone’s favourite fictional feminist, Lisa Simpson. I’m a self-proclaimed literary geek, so I had high hopes for this – plus, Lisa Simpson is pretty feminist for an 8-year-old and I had a feeling that’s the angle Stylist was going to go for, so I bypassed a lot of the early pages to see what ‘she’ had to offer. The list was chock-full of some of the best literature out there – but there was one tiny thing that irked me about it, and that’s that every book was written by a woman.

‘Hang on,’ I hear you cry. ‘That’s a good thing, isn’t it?’ You’re right – it’s brilliant. Women are disastrously under-represented in literature. The Nobel Prize for Literature has been awarded to 111 Laureates to date, but only 13 of those are female, while another of the world’s most prestigious literary prizes, the Man Booker Prize, fares only slightly better, with 17 female winners out of the total 49. Even looking at The Guardian’s 100 greatest novels of all time (compiled in 2003) has a worrying slant to it – 85 of the books on the list are written by men, which leaves a measly 15 female-penned books to compete. History has its part to play; after all, it hasn’t been been that long since women began to use literature as a platform to share their views in the first place. Even great Victorian female writers such as the Brontës were forced to adopt male pseudonyms to be taken seriously in the field.

If we take that into account, this article is important – it exposes the great literature written by women that exists, but just never receives the same attention as male-written fiction. Let’s not forget, as well, that Stylist is a women’s magazine. The books Lisa has supposedly pulled off her shelves speak about women’s issues, with past and present matters of social importance and greater issues about health, sex, and feminism. In other words, these are books that all women should read; we can identify and connect with the topics, and it’s also a welcome sight to see complex female protagonists on the page which, as we know, are few and far between. But still, there was something a little unsettling about it.

For where was the Tolstoy, the Orwell, the García Márquez? If I was to compile a list of 25 classics every woman (read: person) should read, you can bet there would be Charles Dickens and Albert Camus up there, sitting alongside Angela Carter and Mary Shelley. I don’t buy into this idea that women only write for women, and men write for men. Literature should be something both sexes can read and write for one another, something that explores the human condition and opens people’s eyes to complex issues about morality and ethics. That’s what it’s all about – and both sexes do a pretty good job of it. Literature is incredible when it comes to learning and bettering your view of the world, and reading should be about embracing that and making varied choices. It’s just odd to exclude men completely to pursue a feminist approach – that shouldn’t factor into something as universal and important as literature. In my opinion, something like Brave New World made me feel just as passionate about civil liberties and fertility rights as The Handmaid’s Tale did – it seems proper to highlight that it’s out there, too, for women to stick their noses into.

Fiction is segregated whether we like it or not. In today’s cut-throat publishing industry, a book written by a woman will more often than not be slapped with a soppy front cover of a woman lying in a field, surrounded by flowers, so that simpering dears can pick it up off their local WHSmith’s and know that they’re in for an easy and pleasant ride, while men get to keep the eye-catching, artistic covers. Author Maureen Johnson was so frustrated by this that she commissioned her Twitter followers to redesign their favourite book covers if the books in question had been written by the opposite gender, with fantastic and horrifyingly realistic results. She’s not alone – a recent cover of Sylvia Plath’s The Bell Jar by Faber received criticism for painting Plath’s heart-wrenching story as some kind of bible of vanity that women could pick up and relate to. I’ll never forget discussing One Hundred Years of Solitude with the most well-read woman I know, who said to me, ‘I don’t know… I gave up on it. I think it’s a boys’ book.’ She then went on to recommend a similar book set in Colombia – written by a woman. Sure, that book is probably superb in its own right, but the idea that possibly the greatest novel to come out of South America – and the novel that pretty much defined the magic realism genre – was written off her mental reading list because it was a ‘boys’ book’ filled me with horror. Let’s take a moment to remember that Grazia magazine once identified The Iron Lady as ‘like King Lear, but for girls’ – something the Vagenda team brilliantly adopted as the tagline for this blog. I think that says enough.

Literature in general is already something that is becoming increasingly out of fashion in favour of dodgily-written erotic fiction or an hour of clicking through Buzzfeed listicles (or an hour or three, in my case). In an age where we are fed constant, bitesize information just by glancing down at our smartphones, our concentration spans are shorter than ever, and the average reading age of the UK is repeatedly identified as only 9 years old. A magazine feature celebrating difficult and rewarding literature is something to be lauded – I only wish it hadn’t suggested that this was little more than a list of chick lit for the simpler-minded sex to devour. (It doesn’t help that Lisa’s unfunny commentary mentioned the hunky male characters in at least three of the books. I get that she’s a fictional 8-year-old in a comedy show, but you know, Lisa, women might want to read your recommendations because of the plots and complex characters, too…)

I can’t be mad at Stylist – I see where they were coming from. It’s a form of affirmative action, deliberately highlighting women’s fiction in favour of men’s to make sure it’s actually on the nation’s radar. We won’t reach true equality unless women are intentionally given extra coverage to counteract their lack of representation. But I can’t help but think that in this case, all Stylist (or ‘Lisa’) needed to do was to point out, somewhere, that they chose these books for that very reason. Nowhere was it mentioned that this list was exclusively composed of female writers, and without that, the selection subtly suggested that when it comes to the classics, women should stay away from the menz – and vice versa. Of course, that isn’t true.

14 thoughts on “Why Women Need to Read Books by Men”