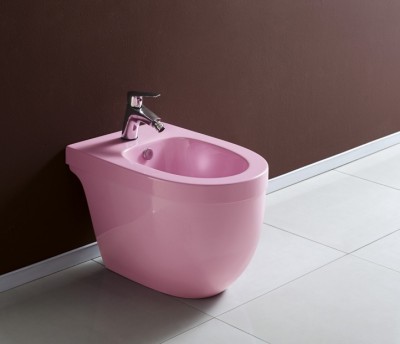 Right now I’m single and every time I need a poo, I cherish the simplicity of wiping my bum and pulling my pants up, instead of jumping in the shower for a furtive bum wash. God, it’s a luxury. If I get skiddies in my knickers, I celebrate their presence as a brown striped flag of freedom. They don’t matter because no one’s up my bum.

Every boyfriend I’ve had has liked a rummage up there. And if I’m honest, I’ve liked it too. When I went out with Aaron, he perpetually had a finger jammed up my rectum. He’d be licking me out at the time, not just sporting my colon as a landing pad for kestrels. But still, it felt uncomfortable. I only fancied a tickle. I hadn’t signed up for full finger fun. I tentatively broached it, but smashed back doors and the Dirty Sanchez were leitmotifs in Aaron’s comedy repertoire. He pooh-poohed the idea I didn’t like it – absurd! In the weeks it took me to convince him to stop, I guess it must have grown on me. Absence made the bum grow fonder. I missed it and, without it, I found it harder to come.

But with spontaneous bumbling comes a constant pressure to be clean. I’m gripped by the terror of impromptu sex kicking off post-poo with a dirty bottom. I have a fear of fingers touching my bum hole, that poo’s come out of – then those same fingers stroking my hair. “Had lowlights?” “No, that’ll just be some shit Aaron had under his nails.”

I think I’m still traumatised, eight years on, by a Sales Director called Steve unexpectedly licking my bottom on a weekend in Cambridge, when I’d just done a poo. It’s funny because he later accused me of smoking, (I hadn’t), but he was seemingly oblivious to the taste of shit.

Since then, when I’ve been in relationships, I’ve planned my poos around the opportunity to wash my bum afterwards. However, my compulsion for cleanliness is combined with an abject terror of boyfriends finding out I poo. Yes, despite the fact I eat porridge each morning and submerge my salad in olive oil, I simply don’t do poos. According to my Boyfriend Relations team (comprised of paranoia and quixotism), it’s just not something I do.

A week day sleepover at mine is my ideal scenario. Boyfriends always leave for work before me, so it’s just a case of waiting until they’ve gone. Then I can have a poo in peace. If we’re seeing each other that evening, I can expend freely all day, secure in the knowledge I can shower again before I meet them.

My pre-date shower is a bit like going through airport security. I’ve emptied my pockets and I hope I’ve dropped all my lethal weapons. If I become aware of any lurking after this point, I just hope they’re not unearthed, should I be thoroughly investigated. If needs be, I’ll dump them while we’re out and my BR team will explain the delay with an eye-roll in the direction of the ladies’. “It was like a queue for a Beyonce concert, in Harrods, on Boxing Day!” I’ll then have a stealth wash as soon as we get home, before getting jiggy.

If we’ve spent the evening in, watching telly, the proximity of the bathroom combined with a lack of scapegoats, means my BR team is under pressure. In this scenario, they’ll often advise me to play it safe and hold it in, rather than risk blowing my cover. Do I want to flush my facade down the toilet, along with my faeces? Of course not. The upshot is a bloated stomach and an all night war waged against farting.

This, however, is manageable. The real problems set in when I spend an entire weekend at a boyfriend’s house, or worse, we go on holiday.

When I went to Thailand with Paul, I was horrified to find that our bathroom was separated from the rest of our room by glass. Clear glass, like a fucking window. I’ll happily show off in the shower and I’m not fussed about doing a wee. I’ll wee all over the floor in the communal shower at the gym. But for some insurmountable reason, it cannot be known that I poo.

My BR team held an emergency meeting. As a result, I asked Paul, in a cheery manner, to go on the balcony and close the door behind him. He’s a thoughtful guy. We’d only been together a matter of weeks when he’d gone to B&Q and replaced all the knobs on my drawers. So I trusted he’d demonstrate the same consideration now.

Just as I was letting the first one drop, Paul opened the cupboard in the hallway, adjacent to my toilet seat and started unfolding the ironing board. I had a fucking shit fit and screamed at him to GO ON THE BALCONY. He said he thought I was joking. No. I fucking wasn’t.

Maybe this stems from my fear that poo is dirty (it is) and if boyfriends know I poo, they’ll think I’m dirty too. Little girls are sugar, spice and all things nice, that’s what little girls are made of – not poo. I remember biting my fingernails as a child and my mum telling me no boys would want to hold my hand. I think I must have applied that analogy to poo and bums. Not that boys were touching my bum – no need to call Social Services. But I think a residue of that rationale remains and it’s a chink in my armour.

My utopian dream is joining an army of women who resist the pressure to pretend we’re “all things nice.” We’ll wear t-shirts that proclaim, “I POO AND IT SMELLS LIKE POO!” I’ll go running in a vest emblazoned with, “MOVING MY BODY TO MOVE MY BOWELS!” I’ll wear knickers that announce, “SHIT HAPPENS.” Or perhaps I’ll just grow-the-fuck up and use the toilet when I need to. That would be nice. As a staunch feminist, I feel a bit silly coming over all Barbara Cartland when I need a poo. It’s a bit like being a trucker and blushing coyly at the service station, “Oh no, I don’t need petrol - my truck runs on fairy dust!”

I’ll probably still wash my bum with an improvised bidet, blasting a shower head at my bits. And it’s on my horizon to road test the Clean Bum loo roll (they’re baby wipes, aren’t they?) The travel packs must be handy for weekends with guys like Steve – “Let rim jobs rev his engine without leaving a racing stripe of shit!” But it’s time to put my BR team out to pasture and admit that I poo. So, Future Boyfriend(s), there it is: I do that. It’s unlikely I’ll treat you to a glass bottom boat ride, but exposure therapy could be the answer. So whisk me away to a bijous hotel with a glass walled bathroom – in the name of fighting my fears and bolstering my feminist credentials.

16 thoughts on “In Pursuit of Rim Jobs: How To Pretend To Your Boyfriend That Women Never Poo”