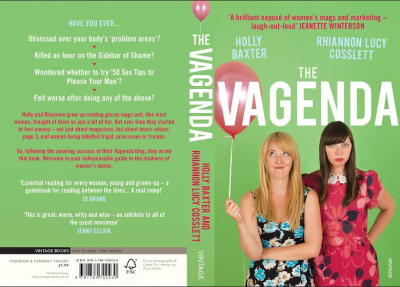 Above: the new, paperback edition of our book. Available in bookshops, and here

Below: the trade paperback, which is also still available 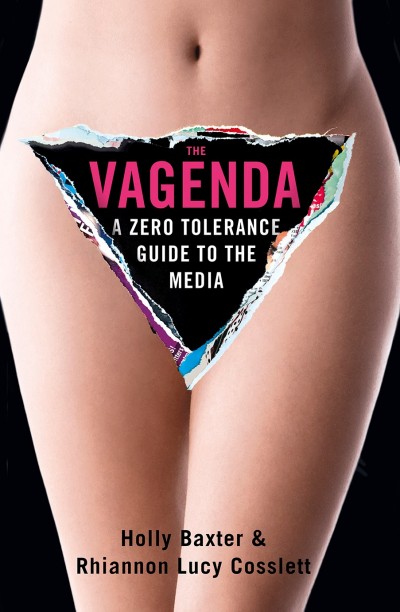 It’s been a crazy year, and today, being World Book Day and the also our paperback is release date, we thought we’d share with you, our loyal and eternally hilarious readers, some things about the experience that we didn’t share at the time because we were too busy going INSANE. Writing and publishing this book has been the central preoccupation in our lives for the last few years and it’s still a really crazy feeling to go into a bookshop and see it on the shelves, especially as two nobodies who have somehow made it to a point where they are writing in the mainstream media about the shit that still pisses us (and many of you) off. We couldn’t have done it without you. Keep fighting the good fight, ladybros!

10 Things that Having a Feminist Book Out Teaches You (Or taught us, anyway.)

1. That you will be happier, more knackered, and more emotional than you’ve ever been

People keep saying to you that it’s like having a baby, and it’s true. After a prolonged incubation period of excitement mixed with extreme anxiety, not to mention weight gain and nausea, you squeeze out this thing with is then handed to you by a smiling midwife (editor). It is you but not-you. It is in the world. You’re responsible for it. It is extremely terrifying.

2. That despite having written a feminist book, your mind often still attacks you with anti-feminist thoughts

GODDAMMIT. You hate having your picture taken. Then you’re upset because you think you look fat in the photo of you that is now in the paper, being looked at (and probably laughed at) by thousands of people, and you feel like a hypocrite. You’ve spent two years putting your sweat, tears and menstrual blood into this rallying cry against sexism in the media, yet all you can focus on is the lack of chin you discern in that profile shot of you in the Independent. Then again, it does kind of prove your point.

3. That your book will be interpreted as an attempt to speak for all women. That’s just what the deal is.

Though you have made no attempts to assert this, it doesn’t matter: HOW DARE YOU? It’s not your friends or your family or your readers saying this, by the way, but journalists. So for our book it was: “well, some women like reading magazines, and what’s wrong with that?” “Nothing!” we wanted to yell, “as long as there’s an alternative narrative about media sexism and structural inequality, not to mention fannies, alongside it.” But we didn’t. We went to the pub and slagged them off, instead. 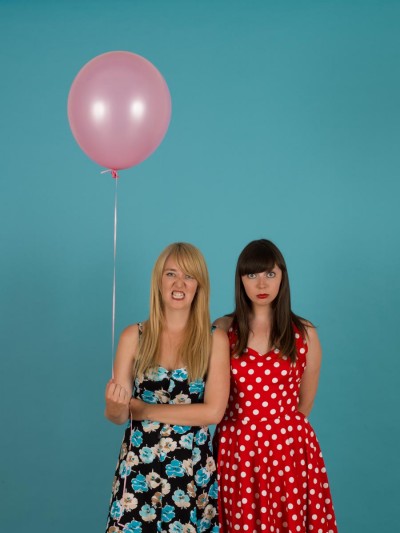 Outtake from our covershoot with the excellent Casey Orr. Having a female photographer was ace because she understood how girls are taught to worry about having their photograph taken and allowed you to look at the shots as you went along, so you could conceal all your bad angles

4. That you fucking love your mum, so much

When Germaine Greer, in a bizarre tirade in the New Statesman that encompassed us and our fellow feminist Laura Bates, took issue with a line in our book about milk leakage during breastfeeding, our mums were on the phone within minutes. Greer alleged that “the human breast does not lactate unless compressed.” “BULLSHIT!” our mothers cried, down the phone (thanks also to all the women who wrote in to the New Statesman correcting her biological ignorance). If ever a rallying maternal presence were needed, it’s when you have a feminist book out and other feminists are going to town on it. When Rachel Cooke called our book “offensively puerile”, my mother was quick to point out that she didn’t know her Latin (Etymology: ‘like a boy’: from French puéril or Latin puerilis, from puer ‘boy’.) What Holly’s mum said is unpublishable.

People (or journalists) will be mean about your book and you will probably cry. Male journalists (in our case David Aaranovich) may patronise you in print, suggesting you’re not worth the money you were paid, that you should have taken cleverer people to lunch, that your book – intended as a funny, not-too-serious takedown of magazines aimed mostly at young women – is not the feminist thesis it could have been. Even though you have expected the frenzy (as a media satire blog you’ve put some noses in the industry out of joint) you will be sad about this. But then you will meet your readers, who are some of the coolest, most hilarious, passionate women and men you have ever encountered, and you will talk to them about feminism, and sign their books, and sometimes hug them when they are near tears. After that you won’t give a flying fuck.

6. That you will laugh a lot

We are still laughing about this article in the Observer that described us as “Look at Me Beauty Queens” almost a year on. The first time Rhiannon saw it, she was on holiday in italy. Holly texted her a screenshot and she had to lie down on the carpet. Things had reached such absurd proportions that a broadsheet newspaper was scrutinising the way we stand. It was mad. 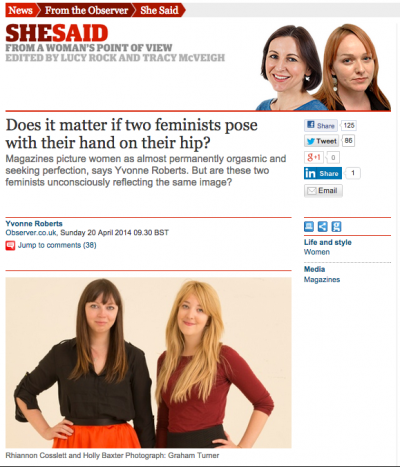 Then we saw these comments from Ally Fogg and Emer O’Toole and laughed some more: 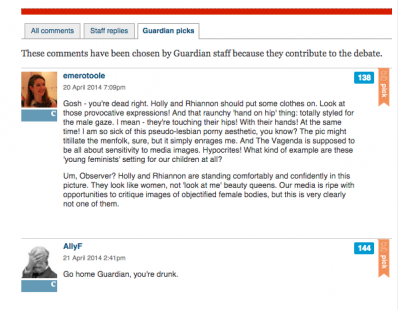 (The amazing Emer, famed for her hairy armpits which were first introduced to the world on this very site, also has a book out. You can check it out here)

7. That you will cry again

Seriously, it’s like being on a really heavy period, except FOR A YEAR.

8. That eventually you’ll calm down, and what will be left is a mixture of pride, gratitude and relief

You wrote a book. A book that proved to be highly controversial. It went out there, into the world. People read it. Some of them liked it, some of them didn’t. Of the ones who did like it, some of them even say it changed their minds. A small minority say it changed their lives. You feel grateful to these people beyond words. You also feel grateful to all the people who have worked with you and supported you through this frankly bizarre experience that, at times, has nearly destroyed you. After all the excitement, stress, sniping, trolling, euphoria, and hilarity, you’ll decide that you’re fucking proud of your book and stand by everything you said in it (especially the stuff about Cosmo).

Then you’ll go to bed. 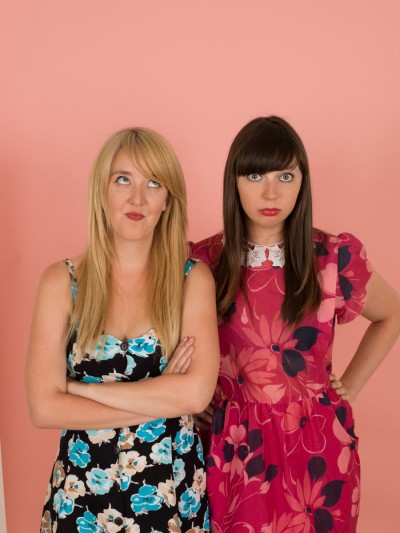 We decided against this particular shade of pink in the end because it was just too “girly.” If only toy manufacturers felt the same way

9. That you won’t want anything to do with feminism for a while, possibly ever

Rhiannon considered going back to being a waitress, because the only bitchy journalists she encountered in her old job was when she was serving beer battered haddock to Giles Coren. Holly considered moving to Iceland and only receiving outside communications by telegram (she was so serious about this possibility that she’s actually sat in Reykjavik writing this. But she’s decided to probably come back.) After a while, you’ll feel like you’ve reached peak feminist burn-out. But then you’ll go to a school, meet thirty intelligent, interested and incredible teenagers at a self-made feminist society, and you’ll change your mind for the hundredth time.

10. That it might be quite nice to write a novel next time

Because when you write a novel, you very rarely end up on a podium at a literary festival sharing the experience of giving your first blow job in front of an audience that includes your dad. Fiction may be the way forward. 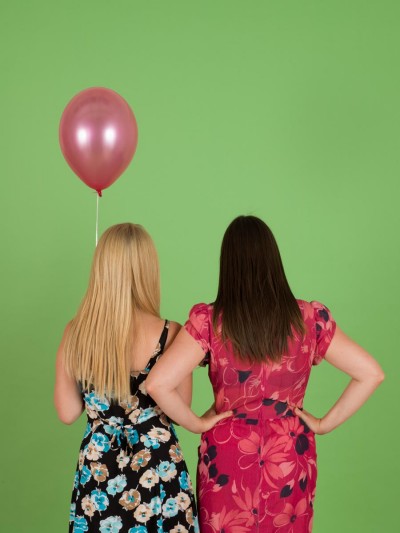