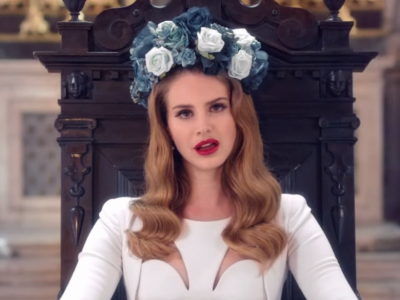 In my daily trawling of the internet in my pyjamas, a few weeks ago I saw that Kim Gordon has published a memoir. But my initial excitement for this release died an untimely death because, much to the joy of all bored journalists across the globe, she’d thrown in a few insults to spice it up and that’s when it started to bother me. Instead of headlines reading ‘Kim Gordon publishes awesome memoir’ I was seeing articles titled ‘Kim Gordon: Lana Del Rey doesn’t even know what feminism is’ and so on. It was happening again. And there was nothing I could do except angry-drink all my coffee and forward the article to my mother, subject line: ‘zzzzzz’. I’m simply bored of it. It happens at least once a fortnight. Journalist asks female celebrity about feminism, celebrity says something imperfect, superior-feeling feminists (that’s you, Gordon) attack.

I’m not sure when it started, maybe it was when ‘Beyoncé feminism’ became a thing, maybe it was when Karl Lagerfield sent women’s rights placards down the catwalk, or maybe it was when Elle decided they wanted to rebrand the word ‘feminism’ itself.  Somewhere down the line feminism became ‘trendy’. Which is, of course, no bad thing in essence; there’re more dialogues opening up, more women speaking out. But there is one thing I can do without: every entertainment journalist now dropping the big ‘Are you a feminist?’ question into every interview with every female celebrity.

There’re a whole host of problems involved with asking the question, not least that it’s probably sexist. Are we forever asking a similar question of men? Please file alongside other crap interview questions women get asked such as ‘Are you thinking about kids/marriage/cutting your hair?’ But the main problem is why journalists want to ask the question, and no, it’s not to encourage feminist debate nestled between articles on how to detox solely on lemon juice and how to shave your bikini line (how wildly surprising.) Its click baiting, and more importantly, it’s orchestrated to divide.

To break it down, journalists ask this question because they’re aware of the answers they may receive. There’s the chance that the celebrity might identify as a feminist and answer eloquently in support of feminism. This is great for the journalist because of the whole ‘trend’ thing. But more often than not, it’s the interviews with celebrities who answer the question less than ideally which garner much more attention.

If a celebrity has answered eloquently about women’s rights, women’s achievements, unequal pay, maternity leave or any other subject in the plethora of those covered by feminism, but managed to skirt around using the word itself, this is the holy grail for journalists. Their interview gets attention because the celebrity has said something mildly supportive of women. There will be attention from both feminists and the people who hate that sort of thing (yes, those people exist.) But double point bonus! Because the female celebrity has failed to use the word ‘feminist’ itself, the interview gets even more attention by feminists discussing why they haven’t chosen to use the word and criticizing them for not doing so.

The last possible response is that the celebrity says something uneducated and a bit rubbish really about why she’s not a feminist and uproar ensues. (Look, I do acknowledge that some celebrity out there will say they’re not a feminist and truly mean it, but for the sake of my own sanity I can’t entertain the idea.)

The last example is where the problem lies for me. I’m not one for saying it’s unfeminist to criticise other women. Criticise away; sometimes women do really shit things. But please don’t make it classist. This is essentially what you’re doing when you jump on a female celebrity’s dumb reply to that god-awful question. It’s criticising someone for being less educated than you’d like them to be. Would you feel comfortable sneering at someone because they didn’t know about astrophysics? Interviewer asks, ‘But how do you feel about string theory?’, celebrity replies, ‘I don’t really like to call it string theory, but I support all strong strings.’ Ironically, world does not stop spinning (HAHA, I have no absolutely idea if this is ironic or not or if this is even a pun.) If you were a celebrity, famous enough to feel like your fan base was hinged on your answer to an astrophysics question, would you come out with some dumb stuff in a moment of pressure? As demonstrated, I bet I’d say something very stupid.

The issue Kim Gordon had with Lana Del Rey was that she said, ‘Feminism is just not an interesting concept… I’m more interested in, you know, SpaceX and Tesla.’ Well ask me about Tesla, I’m sure I’ll be pretty vague. When I first read Del Rey’s answer I wasn’t outraged – I even identified a bit. Feminism actually isn’t all that interesting or complex; it’s a very simple concept. But more than anything, I just thought it was unfortunate that she didn’t understand the continuing debates that make feminism vital and therefore, not so boring. So yes, Kim, Lana Del Rey does not know what feminism is, but so what?

Being angry at Del Rey never crossed my mind. I wasn’t enraged at Kaley Cuoco. I didn’t hate Shailene Woodley. There’s an expectation of ordinary women to be educated in the feminist cause by virtue of celebrity – or female – status. And it’s unreasonable. It’s a misplaced expectation based around your own education. This constant criticism of people who do not fully understand feminism propagates the myth that it is an elitist movement, only for the academically educated. It’s a superiority complex and it could actually stunt the amount of people, us plebs and celebrities alike, who identify as a feminist, for fear of getting something wrong.

At first I thought there were two separate pleas involved in writing this article. One plea to journalists to stop asking if celebrities are feminist, and one plea to these superior feminists to stop expecting top-notch answers from uneducated celebrities.

But I now think they’re so much more intertwined than that. The question does nothing to further the cause. And journalists know this. They have no interest in feminism at all, otherwise why isn’t Mary Beard on the cover of Grazia? They want the quote, they want the outrage – so can we just stop pandering to it?

12 thoughts on “Why We Need to Stop Asking “Are You A Feminist?””