When you write about women’s issues, you get used to anticipating the resultant wilful misinterpretation, angry, shouty comments and creepy ‘humour’ from very, very cross people. And I can’t claim I wasn’t warned that some people would deliberately get the wrong end of the stick when, along with a group of friends and colleagues, I started a new campaign to get more women to vote. But still, it’s been educational. My small taste of the venom out there – sample comment: ‘Feminists will always spoil the party’ – has redoubled my admiration for women who write and campaign day in, day out. What’s more, it’s made me all the more convinced that we need to get every woman eligible to vote into a polling booth on May 7th, to ensure that our voices are heard.

So, the General Election is just under 3 weeks away – tell you something you don’t know, right? But, even the most politically active of us might not be aware that we may have fallen off the electoral register without even knowing it. Hundreds of thousands of people have since the Government changed the rules in 2014.  It’s not just students – although there are LOTS of those. If you’ve moved house, or simply didn’t fill in the most recent form, you might not be on the register. If you’re one of those people then you could well turn up on election day only to be turned away – imagine waking up on May 8th with a Prime Minister you despise and wondering if you could have made the difference. 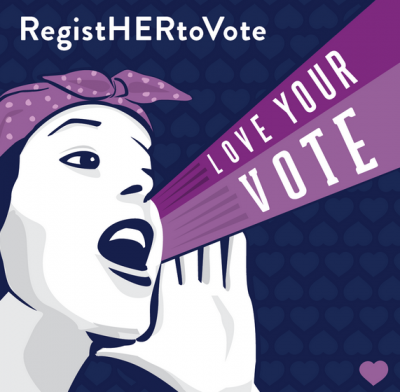 That’s why our campaign, RegistHERtoVote, is trying to ensure that more women check, get registered and go out and vote, and we’re running out of time with only 3 days till the registration deadline on 20th April! So if you’re not already, you should register, you can do it online HERE and it takes less than 5 minutes.

Why women in particular? Well, frankly, we’re letting the side down. There were 9.1 million ‘missing’ women voters in the last election. That’s more than all the women and girls in London, Manchester, Brighton, Bristol, Birmingham, Leeds, Glasgow, Cardiff and Belfast staying at home on polling day.  And the percentage of women voting is in decline. 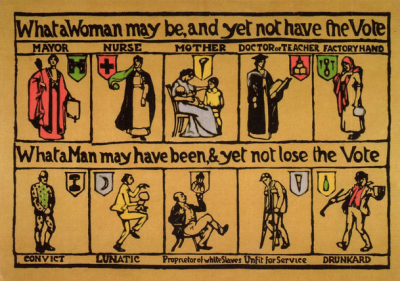 We’ve been accused of ‘only caring if women vote’. Of course that’s not true. Everyone should have their say. But, there is an issue in public life that stretches from the polling station to PMQs – too few women in positions of power, too few female voices heard. I believe that power needs to be redistributed from the few to the many, but if we don’t make the case for this then the inbuilt structure will protect itself. As it always has. This system is keeping power in the hands of the few and if, as women, we don’t vote then we are silencing ourselves.

This is set to be the closest election in living memory. We don’t know what the result will be but we do know that every vote really does matter. Women need to be heard, and that means using our voices – no matter how much that enrages some.

Love your vote on the 7 May, so you don’t hate the result on the 8th.

Martha Dalton is co-founder of the RegistHERtoVote campaign