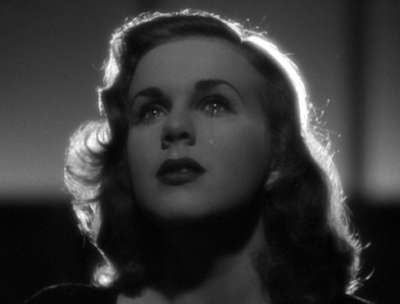 Over the past two months I’ve been waitressing at a local bar and grill restaurant in the conservative, white middle-class town where I live. The restaurant is tucked away in a quaint little corner of the town centre, in a building that was once a greasy burger bar decked out with a couple of stools for customers to perch on while they ate their patties (so the town oldies like to tell me while I clear away their dishes). We still serve burgers, but we serve them on a warm ceramic plate with a watercress salad and a dainty little bucket of French fries. If you would like some ketchup and/or mayo, I will dutifully squirt some into individual mini white dishes for you.

I actually don’t mind waiting tables – anything to fund the succession of unpaid arts internships I’ve being doing over the past five months. The hours are long and the work is exhausting, but I’m okay with that. I mop the floors and scrub the toilets in the morning, but I’m also okay with that.

Over the past few weeks this contentment has become increasingly fragile. I’ve noticed in a few of my fellow male co-workers a level of sexism and misogyny that, for them, has become normalised. Making jokes like ‘whey, nice jugs’ as I carry the water jugs upstairs, or ‘hope you don’t get raped on the way home!’ is just part of the everyday banter that goes on between the floor and kitchen staff. There’s nothing original here: we’ve all been subjected to countless rape and breast-related jokes in our time. It wasn’t funny the first time, and it still isn’t funny.

A few weeks ago on a Saturday night (the worst for waiting tables, but the best for tips) I ended up having a horribly uncomfortable argument with my manager (I’ll call him M) about my emotions. Some customers had been rude to me so I’d complained to M about it, who gave me an incredulous smirk and refused to take me seriously. I fought the urge to tell him to go fuck himself and, instead, said I needed a 5 minute breather and walked outside – a healthy way to deal with a stressful situation, right? In hindsight, I probably could have ignored the rudeness and gotten on with the humdrum of order-serve-clear-order-serve-clear. But I was tired, slightly hungover, and not willing to put up with any crap.

When I returned M took me aside and told me, in what he thought was an honest, sincere and thoughtful manner, that I can’t go getting all emotional like that, I can’t go getting all ‘teary eyed’ in the workplace. My oh my. Out of all the times in my life (and there have been many) that I have been made to feel like the whiny, emotional woman that society so desperately wants to categorise me as, this was by far one of the worst. I was stunned and, more than anything, quite pissed off: men telling women how to handle their emotions will never go down well. When I told him not to talk to me about my emotions, that they are none of his business, he looked at me with total disbelief like I was overreacting (yet again), and told me he was just giving me ‘advice’ on how I should behave. Thanks for the advice, M, but no thanks.

I considered quitting right then and there. I can imagine the scene now: I throw my pen and waiter’s pad into the pond (yes, there is a pond) and whip off my apron in the most melodramatic way possible, shout ‘I quit!’ and storm off into the night. Oh how M would have loved to see me giving my top performance of a woman gone hysterical. However satisfying this may have been at the time, I’m very glad I didn’t do it. Instead, I hid in the bathroom and shed a few tears – tears of anger and shame – and returned to the floor with an artificial smile plastered on my face.

I’ve turned that night over in my mind now many, many times, trying to figure out how I came out of that confrontation feeling so small, so ashamed of my emotions, while M surfaced as the stable, stoic man, always in the right. I’ve come to realise that there have been many instances in my life when I have been ashamed of my tears, saving them for behind closed doors or, more likely, for the sympathetic and non-judgmental company of my mother and close female friends. I’m not saying that men are liberated from the shame of tears – they have also suffered from the shame of crying, where tears become signifiers of weakness, drops of emasculation. But despite the many things that tears may signify – grief, pain, fear and joy, to name a few – their weakness is deeply rooted in the feminine.

There is a gender dynamic at play here, one that I am in a constant battle to break away from. I work in an environment that, on the one hand, trivialises female emotion and, on the other, endorses male chauvinism and aggression. It is acceptable for my male co-workers to shout and hurl abuse at each other, to call each other ‘fucking idiots’ and ‘wankers’, because their aggression is a performance of their masculinity, a show of dominance, a cock fight. But a woman on the verge of tears? No, that is completely unacceptable. In fact, it’s worse than unacceptable, it’s shameful.

So I take a turn in the opposite direction. I reign in my ‘feminine’ emotions and instead confront these men, tell them I find their way of speaking about women abhorrently sexist and absolutely not okay. And they smirk and say, “oh here we go again, you’re another one of those feminists, aren’t you?” They’re just having a laugh, they tell me, and I’m spoiling all the fun.

So where is an acceptable place for me to stand on the spectrum of emotion, if at all?

M likes to call me ‘doll’, which I think this pretty much sums up his perception of me. To him, I’m just a dainty thing with a pretty face and breasts, with teary eyes that threaten to shatter my doll-like exterior.

After this degrading confrontation with M, I was approached by my female co-workers who gave me nothing but pure golden-hearted sympathy. They’ve had to put up with this bullshit male chauvinism for much longer than I have: we’ve all had it from M, they told me, don’t worry, we know how you feel. In times like this, there’s nothing better than a good bit of female solidarity to keep the fighting spirits high.

But I can’t help but ask: why has this happened to every woman I work with? Why have we all been denigrated because of our gender, cast into the role of the subordinate female?

I’m sure there are many men out there who are just like M, who don’t take women seriously and think feminism is a joke, to whom sexism and misogyny is merely a part of an everyday social habit. Some habits take a long time to break. Until they do, don’t put up with their crap. Don’t allow yourself to be pigeonholed because of your gender. And, most of all, never feel ashamed of your tears.

5 thoughts on “Tears of Feminine Weakness”