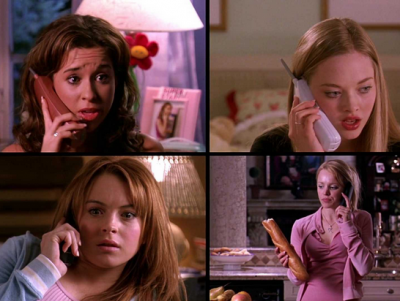 I know more teenage girls than most people do. I work part-time as a tutor, and almost all of my students are girls under the age of 16. This means that I am good deal more informed about Taylor Swift and Daniel Radcliffe than is desirable, but it also means that I get a fascinating, often quite nostalgic insight into the way that teenage girls think about things, and particularly the way they think about being female. For instance, last week, on Bruce Jenner’s transformation into Caitlyn, a ten year old student of mine said that ‘he must have been a woman all along’, because, after all, ‘why would you choose to be a girl when you’re a boy already. Boys have it way easier’. Amen, sister.

It’s because of this, perhaps, that I found myself troubled by something I noticed about recent cinema. Last month was a good one for women in films. Girlhood explored the fierce bonds between a group of young women growing up in a council estate outside Paris, A Girl Walks Home Alone at Night turned the familiar narrative of female vulnerability on its head, and every man and his dog was tripping over themselves to tell every other man (and his dog) to see Mad Max. And rightly so. It’s fantastic. You should go and see it immediately, if not sooner. It is a wonderful thing that there are more and more depictions of formidable women in the cinema as we keep plodding on towards the halcyon horizon of a gender-equal future. But I notice a missing link in the chain.

Max Max, Girlhood, A Girl Walks Home Alone at Night. All of these are films for adults, or at the very least, people over the age of 15. In theory, these are films that girls in their early teenage years do not get to see. No gun-toting desert biker grandmas, no Iranian vampiresses for them. Which made me wonder: what films are being made for teenage girls at the moment, and what sort of reflection of themselves can they see therein?

I decided to do some fieldwork by prying some 12-15 year old girls away from of their Instagram feeds to talk about what movies they like. One of the more succinct things that they said was that movies are good when they feature “girls who do stuff” (This same interviewee also said that she liked films that give her ‘those flirty belly swings’, but I decided not to dig too deep on that one.) So, girls who do stuff. There are certainly a good number of films coming out at the moment for this age group that feature powerful, complex, often bad-ass teenage “girls who do stuff”. The Hunger Games’s Katniss Everdeen is the most obvious example, another being Tris Prior, the heroine of the Divergent series. Both Tris and Katniss are supposedly unremarkable (but, you know, incredibly gorgeous, obviously) teenagers whose sudden personal acts of bravery lead to everybody’s realisation that they aren’t so unremarkable after all. Cue action-packed block-busting film franchises, raking in teenage viewers in their millions. Another protagonist in this category is Hermione Granger, wand-waving rather than roundhouse-kicking, but a powerful female lead nonetheless. We have, may God in heaven be praised, moved on from the days of Twilight’s Bella Swan. Where Bella was impossibly feckless, more recent teenage movie heroines have been no-nonsense tough cookies. Excellent. This is a good thing. Bravo, world.

However, there is something missing from these movies. Katniss, Tris and Hermione have, between them, no female friends. This struck me as bizarre. One of the things I remember most vividly about growing up is how all consuming your friendships with other girls were. But the more you look, the more evident it is that healthy, lasting friendships between teenage girls almost never appear on the mainstream big screen. Have we had much in the way of this at all, really, since Sisterhood of the Travelling Pants, which came out all of ten years ago? Solid friendships between slightly older women are more common, I’m thinking of Bridesmaids or Frances Ha, but for the teenage market, this is still something of a barren landscape.

Shailene Woodley is the wide-eyed, girl-next-door star of both Divergent and The Fault in Our Stars, another favourite among the girls that I spoke to. She’s become a bit of a poster child for powerful teenage girls in films, but she recently gave an interview in which she explained that she’s ‘not a feminist’. According to her, ‘the idea of ‘raise women to power, take the men away from power’ is never going to work because you need balance’. When her publicist presumably cattle-prodded her into trying to sound less gormless and misinformed, Shailene “clarified”: ‘My biggest thing is really sisterhood more than feminism. I don’t know how we as women expect men to respect us because we don’t even seem to respect each other’.

Now, laying aside exasperation at Woodley’s muddled definition of ‘feminism’, she has touched on something interesting. The reputation of ‘sisterhood’, of friendships between women, is a very important part of being a woman in society. And the reputation is not a good one. You hear it all the time – women are such bitches, am I right?! All we do is steal each other’s boyfriends and badmouth each other! Gals, quit it already, you big sluts hahaha!

So what these films do, with their powerful female leads, is eliminate female friendships entirely. This means they don’t have to deal with the idea that hey, maybe young women can have deep and meaningful relationships with other young women. Woodley’s gripe with feminism is that women supposedly don’t respect each other. But how do we expect young women to learn to treat each other with kindness and decency if they are consistently met with depictions of themselves that imply they are incapable of doing so?

When young women in films do have female friends, it’s all too often dysfunctional. Take Easy A, another massive hit with the under 16 movie-going market, which features Rhiannon, the best-friend figure to Emma Stone’s protagonist, who spends the whole film giving Stone overly intense hugs while calling her a ‘selfish bitch’. Unfortunately, this sort of thing really is par for the course in teen movies. American social scientists published a paper in 2008 that examined the portrayal of young women in teen movies. The titles included a raft of films anybody who was a teenager in the last 15 years would recognize: Bring it On, Clueless, The Lizzie McGuire Movie, that sort of thing. What they found is that there is a significant predomination of what they call ‘socially aggressive’ behaviour among female characters in these films, and that more often than not, such behaviour goes without being reprimanded.

A possible knee-jerk response to this goes as follows: well, often teenage girls are horrible to each other, so why shouldn’t film representations of them reflect that? Yes, teenage years are difficult, you’re up to your eyeballs in hormones, making that transition from a beholden child to a responsible adult, and the struggle to get this right can result in social turmoil. But this is true also of young boys, but they are by no stretch of the imagination tarred with the same brush. I don’t believe that teenage girls are biologically nasty. I don’t believe that treating each other with disrespect is anything like as wide spread as films would have you believe, nor that such interpersonal strife is an unavoidable part of the development of a young woman. But the stereotypes held up by so many movies for the teenage market suggest that female friendship among teenagers is a carousel of bitching, backstabbing and bust-ups.

Few people under the age of 30 will have managed to miss Mean Girls. Tina Fey’s 2004 film remains incredibly popular, not only because it’s hilarious, but because it made a satire of the common assumptions of movies for teenage girls: that they treat each other like animals, and are incapable of maintaining bonds. By the end of the film, the cliquey, acrimonious ‘friendships’ of the film have been dismantled and rebuilt in a healthier mold. But in the eleven years since Mean Girls came out, it looks like we’re not really any closer to seeing these positive female friendships more widely on screen.

We learn by example, and young people especially are enormously affected by things they see in films; I spent over a year sleeping with the lights on because of Frank the rabbit from Donnie Darko, and I’m certain that a calculable percentage of the things I said in 2003 were direct quotes from Pirates of the Caribbean. It’s therefore a great shame that there are so few films in which teenage girls can see examples of girls their age supporting each other, because it makes it less easy for them to emulate it in their real lives, consciously or otherwise.

Sadly, I think that whilst we’re seeing many more powerful teenage girls, at the moment they remain islands in the sea of cinema sexism. While feminist representations of women in mainstream cinema as a whole seem to be on the up, have things improved in the teen movie market since I was a teenager myself? Yes, we have more ‘girls who do stuff’, rather than girls who have stuff done to them, but at the moment the ‘stuff’ they’re doing does not include having meaningful friendships with other young women. It’s been ten years, and it seems that Tina Fey’s line from Mean Girls is advice that still needs to be given to screenwriters: “You all have got to stop calling each other sluts and whores. It just makes it ok for guys to call you sluts and whores”.

13 thoughts on “Teen Movies: Where are all the Female Friendships?”