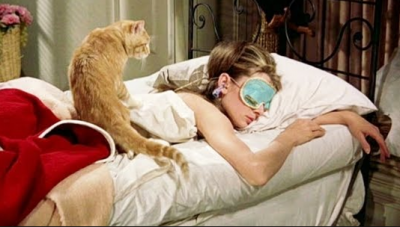 Greetings, ladybros. You’re probably wondering why, after a languid trickle of several new posts a month you have now been suddenly inundated with shitloads of new articles. Well, the truth is: we’ve been getting our house in order. No, we’re not dying, but we are going for quite a long sleep. To put it another way: this blog is going on a summer hiatus.

We know. We’re sorry. But the truth is, it’s a lot of work. It’s a full time job, actually, and one that we’re not actually paid for. And that is part of the problem – the amount of time this blog needs is not time that either of the two of us can afford. The emails (of which we get, literally, hundreds) alone would take up an unmanageable portion of our respective weeks if we even attempted to answer every single one (we’re REALLY sorry if we never answered your email).

Since the two of us co-founded the Vagenda with a bunch of our university friends three years ago, it has become bigger than we could have ever imagined. Having gone viral within the first 24 hours, it’s garnered over 20 million hits (probably lots more by now, but we stopped counting at 20 million because analytics was another thing that was taking up loads of our time and we just don’t look at it anymore), been featured in every major national newspaper, appeared on radio and television, and made international headlines (most recently because of our Protein World and #distractinglysexy campaigns). It’s changed our lives more than we could ever have imagined.

When we started this blog, we were impoverished graduates who had been living in shitty Kentish Town garret with peeling wallpaper and windows that didn’t close. We shared a bathroom with the pub landlord. A slight upgrade to Rhiannon’s airing cupboard by Holly didn’t really improve matters. Our prospects were pretty shit and the writing careers we had always dreamed seemed entirely closed off to us.

Since the Vagenda took off in the way it did, we have been lucky enough to be given opportunities we otherwise wouldn’t have had. We’ve written columns for newspapers and were given a book deal from Random House. Despite disapproving reviews by such figures as Germaine Greer, it’s sold well and has achieved what it set out to do, which was to make our readers furious about sexism in the media while also making them laugh (or “wet themselves on a sun lounger”, as one reader put it this week – apologies to the hotelkeepers).

But the Vagenda was never just about us. When we started the blog up until after we got the book deal we were both writing the majority of the Vagenda’s content for the website. But it wasn’t long before the enthusiastic emails started coming and we started featuring the work of other writers. Since then, the Vagenda has since transformed into a different thing entirely: a community. A community of furious, funny, dicked-off women who have found a place where they can rant, rage and reference vaginas to their heart’s content. We have been completely taken aback by the sheer talent that has been on display from those who have contributed to the website – we’ve covered everything from rape to domestic abuse, from racism to miscarriage, from the tampon tax to Taylor Swift, and we couldn’t have done it without you. Thanks to our contributors, this website has told stories that the mainstream media so often isn’t interested in: women’s stories.

We probably haven’t said it enough – seriously, those emails – but we are enormously proud of everyone who has contributed to the Vagenda. Some of you, since being published here, have gone on to have book deals or careers in writing. Each time this happens we want to punch the air because each time one of you makes it into the stale, grey world of media, you make it funnier, more passionate, more interesting, and a hell of a lot ruder. Though since the launch of the Vagenda we have seen the world of media change and the fight for equality take off in incredible ways (who could have imagined that Beyoncé moment, back in 2012? Or Malala? Or the sheer momentum of the vocal fight against rape victim blaming?) it should be blatantly clear to anyone with tits – and without – that the media still needs feminism more than ever.

Since 2012, women’s magazines, always the biggest source of our ire, have come on leaps and bounds (though many of them are still shit). We’ve seen new, female-focused digital efforts launched (though many of them are, likewise, shit). This shows that media owners are now taking female audiences more seriously – and not just because they think they can flog us handbags – but because the women of the internet have shown that there is room for unapologetic, sweary, intelligent funny writing for female audiences.

The question is, where do we go from here? The Vagenda has achieved a lot, and could still have more to achieve, but the question is, how? This website is not monetised. We have never accepted offers of advertising because we felt it would compromise our message. We did a Kickstarter and raised £2000, which helped (THANK YOU!!), but ultimately, like so much feminist labour, you’re in it for love, not for money. We never wanted to be one of those viral news aggregators spewing out recycled content for advertising clicks (and even if we did, we wouldn’t have the resources – there are two of us). We may have defended Beyoncé’s feminism, but we’ve never really been in it for the clickbait market. The internet’s thirst for opinion seems endless, but as time has gone on we’ve become less interested in the concept of the “news hook” because it’s never really been what our readers wanted.

As Amanda Hess so eloquently put it in her article about why she stopped “Ladyblogging”:

“The ladyblogger beat is propelled by opinions and opinions on opinions. That makes a ladyblog an interesting place for a writer to hone her rhetorical tools. But once they get sharp enough, she may begin to fantasize about impaling herself with them. Modern sexism often manifests itself in the form of innumerable little slights. Documenting them all is a monotonous task, and parrying each with an original insight or a cutting retort is an impossible one. On my best days, the dynamic challenged me to find inventive ways to illuminate old problems. On my worst, I felt like I was playing a game of feminist Mad Libs: The sexist quote and offending speaker may change, but the patriarchy remains the same. At some point, the pieces start threatening to write themselves.”

We hope that we have managed to avoid this fate. We’ve always sought to publish well-written, funny articles about the real world inequalities facing women every day, and to give a platform to your stories. We have, we hope, achieved that without becoming some kind of tedious, algorithmed feminist opinion regurgitator.

Still, as the blog has grown in popularity, our roles have changed. We have gone from being mostly writers for it to being editors for it, and when you’re trying to juggle that with making rent, things become quite tough. Journalism is not in a great state at the moment, and though we’re thankful when we are paid for our writing, neither of us are really sure what our next moves are.

And we are tired. We are ever so, ever so tired, and in order to prevent the burnout that afflicts so many feminist writers and to quote our mothers: we need a lie down.

The landscape of the internet, and indeed the world, is different to what it was when we started in 2012. Which is why, while we are sleeping, we need your help. We need you to tell us where the Vagenda should be headed. Do we stay the same, adapt, or die? If you have any ideas at all, we’d love to hear from you. We’ll be back at some point to have a chat about it, promise.

Until then, so long, and thanks for all the fish(bowls). We couldn’t ask for better readers.