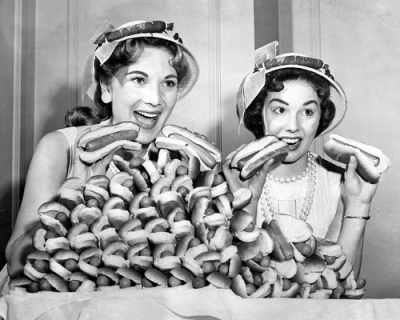 My first thought: “quick, someone fetch her an eye bath – it’s in both of her eyes”. Simultaneously: “Assault! Assault! He’s aiming for the eyes with the intent to blind, or at the very least some pretty unpleasant conjunctivitis”. I sat through 11 minutes of semen-splattered faces. 11 awful minutes in which I finally realised that I was on the cusp of being turned on and I really didn’t want to be. I felt like a dissident who was being punished – by my own body, rather than a political regime. I’m not anti-porn, but my brain is against a man ejaculating onto a woman’s face (too many related ideas of female subordination at the hands of male sexual dominance, blah blah), while my sexual organs can’t seem to get enough. I always knew my vagina was out to get me.

Yet, ask my girl friends who let their fella come on their face if they love or even like semen, many will say no. Or perhaps more politely say, “I don’t mind it”, but then innocently mention how the room needs “freshening up a bit” after her man has offloaded. I can only imagine that for some girls, having semen propelled into their face might be about as desirable as bathing their skin in rancid milk. I’d be there with the rest of them, dousing myself in mouldy dairy produce, but my ladybits would still be awakened by the porn as they were all but an hour ago.